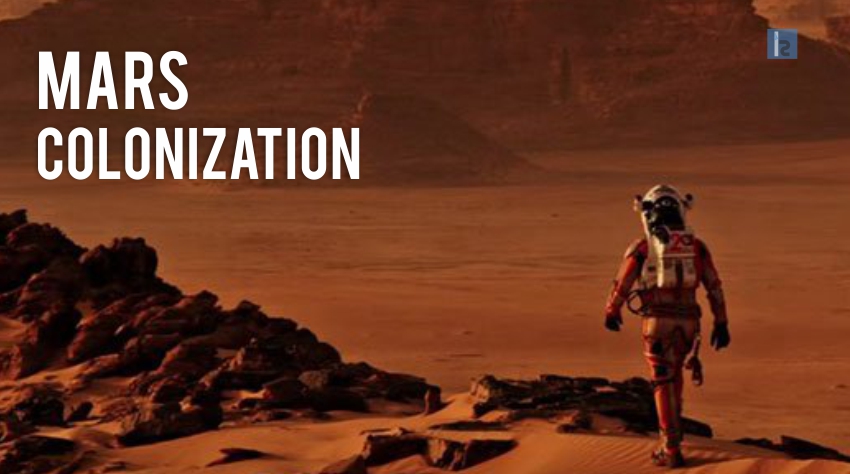 Humans need to be a multiplanet species. – Elon Musk

With every passing fraction of second, the universe is getting bigger at a greater scale. Most profoundly, due to predicted existences of dark energy this enlarging of space will never come to an end. As the matter of fact, this so-called universe holds range of mysteries underneath, which are ready to be explored but only through a keen eye. Among those, one of the biggest mystery lies within origin of life. Scientists have taken initiatives by sending satellites and rovers under space exploration programs in order to achieve, not total but at least a glimpse of life in the vast universe.

Earth is the only planet which contains life on the surface of its crust as well as underwater. The life on earth might have adapted along with the conditions of the planet but, it can’t be denied that the earth lies on the perfect position in the solar system; neither too cold nor too hot. Yet, Earth’s intelligent species is carried away to establish colonies on other cosmological bodies. Meanwhile, there many powerful people who are immensely investing on getting humans to mars. But, is mars colonization worth enough to invest in?

Though it has both pros and cons, still the ball falls under the court towards the need of outer-planet colonization. Let us know why…

Till now, Earth is the only home for the mankind. Though, it has also been said that everything that come into existence has an end. This blue dot in the vacuum of space might have been sustaining lives for more than millennia, but soon the consequences of human deeds will start to appear. Besides, none can be so sure when will a dangerous calamity occur and wipe half of the population of Earth. The best example to put forth is of the dinosaurs. Thus imperilling human culture on another planet will ensure the existences of species for a long period of time.

Many space explorer companies Mars One, SpaceX, Inspiration Mars Foundation, 4Frontiers Corporation, and Mars Direct want humanity to set foot on the red planet. During 80s and 90s, it was on heat to land on Mars but, due to some issues the idea as well as the funding died.  These private space organizations are in a race of who will first reach to the mars and SpaceX might be in a lead. SpaceX is a very well-known organization followed by Mars One, which shows optimistic possibility of establishing colonies on the deserted planet. Huge amount of investments have been put into this idealistic cum realistic possibility. Many big names are investing into this platform as an initiation to the future of space colonization.

Recently it has been reported that Mars crust consist loads amount of water but in the form of glaciers. Due to the thin atmosphere (i.e. no availability of green-house gases) has frozen any amount of liquid present over there. If scientists fortunately come up with a way to increase the green-house effect then, it will be easier to warm-up the red planet and extract the water molecules; further aiding to carry out the process of terraforming on planet Mars. Investors are seeing this process as a long-term investment with tremendous profits.

Meanwhile, as per discoveries there are 118 known elements present in nature, where some of them are artificially obtained in labs. Scientists believe that there could be range of elements which are unknown to us. And, Mars could be one of the possible planets where humans can acquire undiscovered cosmic elements. The red planet will bring out lots of possibilities and might be helping in discovery of things, unknown to us. The elements found on Mars might be more feasible and has some capabilities which cannot be witnessed in real-time elements. You might never know that dust and rock on mars might be more valuable for Earth’s varied implications. The possessions obtained from the fourth planet can be useful in fields of medicine, foods, chemicals, and nano-structures.

There are only two possibilities either the mars is worth or it is not. Even if explorers consider all parameters and proceed, still there could be some error. As the soil of other planet is unknown to us, the colonization step might turn into a disaster or a blessing in disguise. It has been phrased that ‘with every price there comes’ a risk’. And as the climatic changes on Earth are getting worse day by day, so it might be worth to take a risk.