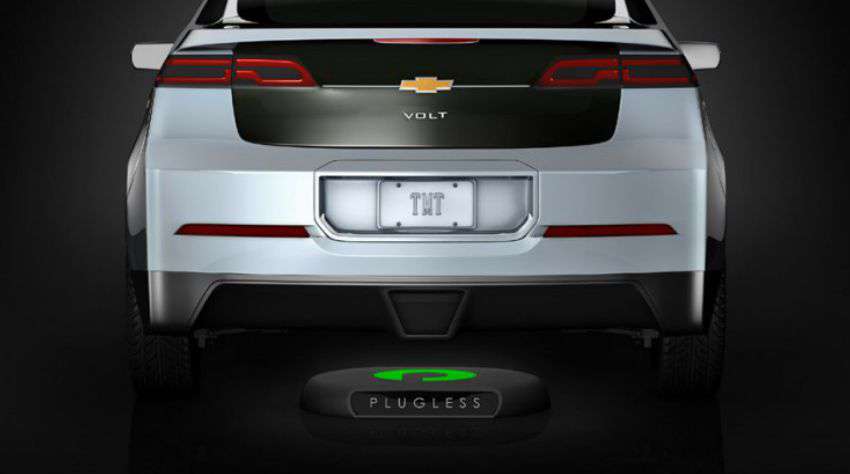 Till now we have witnessed about wireless charging for electronic gadgets and devices only, but now we can also charge electric bikes, cars and buses wirelessly. Imagine that, we are driving on highway and our car’s battery drains. Now, instead of finding a fuel pump, electric power source, adapter, cable, etc. we just have to stop or park our car on wireless charging platform for short time, available at any shopping complex or food malls, again no need to come-out of the car, besides anyone’s assistance. This is really an amazing idea and this is going to true.

Electromagnetic Induction, which dates to inventors such as Michael Faraday in the year 1831 and Joseph Henry in the year 1832. Faraday was the first to publish the results of his experiments. Nikola Tesla utilized electromagnetic energy to transmit the power between two coils in the early 1900s.

Faraday’s law of induction is a basic law of electromagnetism forecasting how a magnetic field will interact with an electric circuit and produces an electromotive force (EMF)—a phenomenon called electromagnetic induction. It is the fundamental working principle of transformers, inductors, and many types of electrical motors, generators, solenoids and wireless charging.

Working of wireless charging is nearly same as ‘electric transformer’, but difference is in application only—Transformers are used to increase or decrease the alternating voltages in electric power applications through electromagnetic induction and  Wireless Charger are used to transfer energy between two objects using electromagnetic field.

How exactly it Works

Electric vehicle (EV) with wireless charging is having secondary coil fitted at bottom of vehicle and primary coil is securely installed on ground (i.e. charging platform).

The basic wireless charging system needs two coils. The primary coil, encased in a pad that sits on the floor of a garage or parking platform, is connected to a power source. Alternating current flows from an outlet into the coil, set up an electromagnetic field that enables the power to jump to a secondary coil in a pad attached to the bottom of the vehicle. When the vehicle parks in the proper position over the primary coil pad, an indicator light goes on and charging begins. The two coils must be facing within about 8 inches of each other for effective charging.

Wireless Charging gives a convenient, safe, and reliable way to charge and power electrical vehicles at home, in the workplace and in industry. Wireless power maintains safe, continuous, and reliable transfer of power for all types of electric vehicles.

Wireless charging eliminates the use of physical connectors and cables. It provides a number of efficiency, cost and safety pre-eminence over the traditional charging cable. This make possible to install it anywhere like; on the side of highways, parking lots, malls, multiplexes, toll plazas, etc.

Experts predict more powerful wireless stations will be like to appear at office buildings, shopping centers and restaurants. When anyone parks vehicle at office or at restaurant it will get charged automatically in that space of time.

Due to this effortless frequent power availability and safety, a vehicle does not need large batteries unlike for conventional cable charging. It makes vehicle light and compact, that tends to increase overall efficiency of vehicle.

Plug-in stations can be easily damaged in crowded metro cities. A number of municipalities have reported problems that thieves have cut EV charging cables to steal the copper from the wires. High-powered Level 3 stations, also called DC fast-charge, have large cables, which make them even more attractive to thieves.

“Imagine wireless electric-vehicle charging being as easy and widespread as Wi-Fi is today,” said Chris Borroni-Bird, former director of advanced technology vehicle concepts for General Motors and who is a vice president of strategic development at Qualcomm Technologies.

Implementation is in Progress

BMW is also working together with Mercedes-Benz on the technology, to develop a wireless charging system for its i3 electric vehicle and i8 plug-in hybrid. A prototype test version, made by Qualcomm technologies, is already in use in the BMW i8 safety car in the Formula E electric-vehicle race series. Qualcomm has exhibited its Halo system in various vehicles, including the Drayson B12/69 electric racing car.

Evatran’s Plugless aftermarket system is now commercially available for the LEAF and the Volt, and a Model S-compatible version is likely to come. Several major automakers have indicated that they’re working on offering wireless charging for future EVs. Tesla is also on the way of introducing its EV’s with wireless charging.

It is also already being piloted by some community bus systems. Buses need to take number of stoppage in city. A wireless charger can be installed on a stopping platform— tends to reduce size of batteries— will improve efficiency electric bus.

Wireless charging technology is really amazing as invention of electric current. It is interesting to see how it will put back the conventional fossil fuel powered vehicle with clean, green, safe, silent and efficient electric vehicles with wireless charging for healthy future of planet Earth.

Navigation system based on Wi-Fi and cellular signals