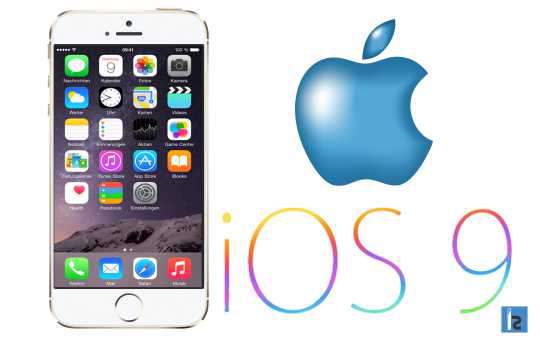 Wi-Fi assist solved the issue regarding Wi-Fi connection by automatically disconnecting your iPhone from insecure connection & transforming to cellular data. iPhones normally connect to a Wi-Fi connection whenever device is detected. The Wi-Fi connection speed may goes down, but the iPhone device gradually stays connected to it. Without the Wi-Fi Assist feature, you would have to disable Wi-Fi on the iPhone or move far away from the signal to stop your device from continuing to use a weak signal. You can be toggled on & off under the “Cellular” menu in the “Settings” in iOS 9 by using this Wi-Fi assist. To specify when your iPhone moves from Wi-Fi to a cellular data connection, the Wi-Fi icon will become gray as the device connects to cellular data.

This is another beneficial feature for AT&T subscribers for Wi-Fi calling support. Use of Wi-Fi connection for phone calls is usually trusted. While traveling it finds more favourable where the signal goes weak. Wi-Fi calling is similar to “voice over Internet” calling features which is built into Skype, Facebook Messenger and WhatsApp, but you can dial your contacts as if you were making a normal phone call. iPhones that have the latest version of iOS 8 currently support Wi-Fi Calling for the following carriers: T-Mobile (U.S.), Sprint (U.S.), EE (U.K.), 3 (Hong Kong) and SmarTone (Hong Kong). AT&T does not support Wi-Fi calling as of yet, but it will be available later.

Additional Changes made In iOS 9 Beta 5

Reportedly, there is a group of new wallpapers, including abstract patterns & additional planet photos. To make shuffle easier a “Shuffle All” button has been added to the top of “My Music” in the Music app and some minor upgrades have been added to the Activity & Health apps.

As per AppleInsider, Apple restored Home Sharing features and made adjustments to Apple Music, Apple Pay & Handoff in the previous beta of iOS 9. As Home Sharing music support was disabled in iOS 8.4, it will be upgraded again in iOS 9.

According to Apple’s previous track record, iOS 9 should be made available to the public in September , at the same time when the new iPhones are announced. iOS 9 will also include the “Proactive” digital assistant feature, a smarter version of Siri, a new model of Spotlight search with contextual results, battery life improvement, Split View & Picture-in-Picture multitasking views for the iPad, additional HomeKit support, CarPlay wireless pairing, transit directions in Apple Maps, a News app with personalized content, the Apple Wallet app, cut/copy/paste QuickType shortcuts on the recommendation bar and an improved Notes app with drawing and image embedding capabilities.

10 Best ways to protect your PC from Malware & Hackers