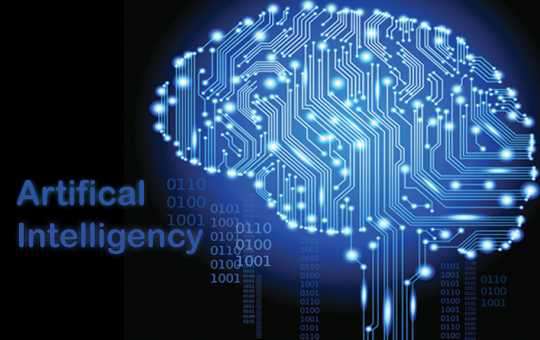 For more than 50 years, we’ve been hearing about the promise of artificial intelligence and intelligent machines, but most of the big success stories to date – the IBM Watsons of the world – have been the result of massive efforts by universities and corporate R&D labs rather than by emerging start-ups. That could change soon, as artificial intelligence shows signs of becoming the next big trend for tech start-ups in Silicon Valley.

First of all, there’s the anecdotal evidence about deals getting done for promising new AI startups. One of the most talked about VC deals in March, for example, was a $40 million round for Vicarious FPC, an artificial intelligence company that had so much hype around it that the biggest names of the tech world – including Mark Zuckerberg and Elon Musk (and Ashton Kutcher) – lined up to participate. And that comes just two months after Google made a monster $400 million bet on DeepMind, an AI start-up based in London. In fact, Google’s Larry Page was so concerned about keeping the DeepMind deal away from Facebook that he took a major role in leading the deal himself.

There are also other signs of renewed interest around AI. Facebook recently opened up a new artificial intelligence lab, and quickly landed one of the top minds in “deep learning” in the nation. Google already had one of the smartest minds in the AI business –Ray Kurzweil – on its books, and has been making all kinds of lateral moves in fields like robotics that could benefit from AI. And, then, at this year’s TED Conference in Vancouver, one of the highlights of the event was the announcement of a new XPRIZE for the creation of an artificially intelligent robot capable of giving a TED Talk that earns a standing ovation from the crowd.

So what’s changed in the past 12 months to make AI a potential hot new trend in the valley?

One is the realization that the creation of a comprehensive AI solution such as IBM Watson – as amazing as it has been – may simply be too expensive to be economically viable over the long haul. Even IBM has been forced to admit that it needs to rethink how it does AI. The company wants Watson to eventually become a $10 billion a year business, but thus far, Watson has only been able to generate $100 million in new business. As a result, IBM is now talking about partnering with the entrepreneurial ecosystem to develop AI apps for Watson, the same way that developers partner with companies such as Apple to develop iOS apps. IBM has also mentioned launching an internal VC fund to help out with Watson. Not coincidentally, the head of Watson recently left for a job with a Silicon Valley VC firm, presumably to help scout AI deals.

The second factor is a realization by companies such as Google and Facebook that they can use AI to solve smaller, real-world problems. AI doesn’t have to be able to beat a human at chess or win Jeopardy! – if it can produce better search queries or analyze your social graph, then that may be good enough. Facebook, with its DeepFace project, promises to solve the problem of facial recognition so that it can help with Facebook photos. New “deep learning” initiatives at Facebook can be used to make sense of your social graph. At this year’s TED, Google’s Larry Page discussed ways that the recent DeepMind acquisition can lead to breakthroughs in the company’s core search business.

The National Venture Capital Association doesn’t break out data on individual AI deals, so it’s not possible to analyze VC deals on a quarter-by-quarter basis, as you can do with a field like life sciences, media and entertainment or software. For now, it’s all about analyzing new deals (such as Vicarious) as they come in and watching to see if companies in fields like software make a pivot to focus on AI solutions.