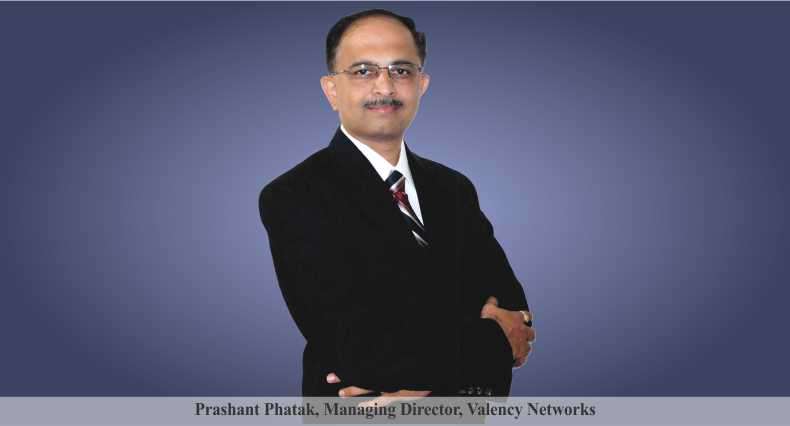 Increased use of Mobile Apps has enabled the internet traffic to shift from desktop to mobile space. Unfortunately, mobile applications are not safe anymore, in fact they in-turn give rise to numerous serious cyber security problems for the “data in transit” & the “data at rest”.

In 2008, Valency Networks moved in action, and came up as a One Stop Shop for professional cyber security & IT infrastructure management services that caters to various industry verticals. While the IT world is developing at a rapid speed, there are many challenges & pitfalls to be addressed by IT vendors, mainly in the area of IT security, performance & monitoring solutions, IT audit, compliance & governance. They as a team saw that the market need to be placed on the top priority, hence established as a solution providing firm that fills the technical & business improvement gaps.

Due to a heavy dependency on mobile devices, users tend to store their precious data on it. Mobile technology uses Android or iOS operating systems. Both of those are vulnerable to security problems, just as any other operating system. Similarly, the applications created & running on those are vulnerable too, just as any other applications. Hence all applications running on a mobile device pose a bigger security threat to the data because the data is stored on device or transferred from wire/wireless.

Valency Networks is a team of certified ethical hackers who come from software development and system administration background, turned into cyber security experts via a strong technology management’s mentoring and ample of hands-on experience. The team deep dive into the mobile application architecture, detect various attack vectors for data at rest and data in transit scenarios.

Prashant Phatak, Managing Director at Valency Networks, has experience of 24+ years in IT sector. He is an expert designer of cyber security solutions and a hands-on ethical hacker with a deep vulnerability finding acumen. Prior to joining Valency Networks, he has managed critical infrastructures for large businesses containing 600+ servers, 60+ websites & data centers and was capable of delivering 400+ technology projects to cater business needs. Prashant has witnessed New York disaster that took place on 11th Sep, and performed real time recovery along with this; he also designed & gave rise to a global disaster recovery data center.

As a well-defined goal oriented visionary, Prashant emerged as a technocrat who is equipped with the perfect skills which are required by an IT person who with implementing his qualified strategies to enables the organization to seek a new level of success. Earlier he analyzed all the available options and through his keen analytical skills, discovered a niche where with his sets of skills with a view that these are the only things required to explore this vast industry as well as the country to make people’s life cyber-secure.

As there is rapid increase in dependency on the internet, it has created a great impact by making our lives simpler & easier by joining hands with the daily processes. As everything that happens in our life is just a click away from our side. Whether its organization’s critical data or personal info of individuals that are saved online or on the mobile devices can be endangered easily. Today market is wrapping up with news regarding cyber-attacks, be it on mobile space or on other device platforms and this has made many organizations to dedicatedly observe this issue and work accordingly specially in context with mobile apps & web apps security services.

Valency Networks – a talent pooling mission, in which the experts connect together to provide a monolithic & quality based solution to their customers. Since this helped the firm to ignore extra work of maintaining technical staff and hence the time contributed in managing that staff, they made that quality time by offering quick, techie & yet professional solutions to customers at very affordable price.

The company portfolio includes Mobile App Security Services as its main forte area, but other than this they also provides IT network (VAPT) vulnerability assessment penetration testing; Website Security Penetration Testing or Website vulnerability assessment penetration testing; Cloud App Security Testing & Network Security Audit Services. In-order to hinder the exploiting condition generated by the infrastructure of internal environments of a corporate, the organization with its methodical approach, first educates the client about the real need of VAPT and then utilizes its ‘knowledge-based & experience based’ hacking tools & methodologies to impale into client’s network space and put forth a anticipation of the problem in terms of vulnerability assessment report.

Valency Networks has adopted a methodology to assess a mobile app from 2 hacking perspectives. One being from the view point of the app development company worried about vulnerabilities introduced by their coding errors that can potentially lead to their reputational loss. The other being from the view point of app users who want to be sure that their personal information is not lost or stolen, thus leading to their monetary losses. Mobile App Security testing is a continuous improvement process which is beneficial to the app development firm as well as the app user. By following OWASP Mobile Top 10 – 2014 standards, the specialized team of Valency Networks exploits the major areas as: on device code; off device code; Authentication problems; Configuration problems & SQLite Database related problems. By applying Mobile App Security Vulnerability testing to these critical areas, the organization helps in protecting application data from the hackers, from other ill-behaving apps & also if the device being stolen; prevents from incurring loss by the user in terms of money; induces confidence in customer; Increases ROI for IT investments.

Valency Networks’s Mobile app penetration testing service is enjoyed by multiple customers within India and abroad. The service encompasses a large spectrum of customers such as healthcare, wellness, social networking, gaming, manufacturing and pharma. While the service is provided on a per-application testing basis, there are pricing models available for firms who want to introduce security testing as a part of their product ADLC (App Development Life Cycle). A new trend of mobile apps which leverage a backend cloud based service are also tested for cyber security vulnerabilities.

At times of less awareness of cyber security

This is a common phenomenon when we say that “all start-up companies do faces many challenges initially”. It’s not important to talk about how many challenges a company came across, but to know that how the company was able to overcome those challenges and made a market standing. There was a time when people were not familiar with the term cyber security. At the time Valency Networks was setting up its venture, unawareness about the cyber security among the industries evolved as one of the great challenge for them. Another challenge that came up their way was no or low budgets to IT departments for such an important thing, resulted in fatal rather sluggish growth of the company. But as the real hacking incidences occurred, the industries got matured & agile over time and willingly demanded to be cyber secure.

Prashant adds up by saying that “According to him cyber security is never 100% instead it’s a Kaizen process which means there will be continuous improvement”. From a technical assessment standpoint, he takes pride in saying that “we focus on manual vulnerability assessment as opposed to automated scanning. This is because for web and cloud apps as well as mobile apps, using automated scanning is merely scratching the surface, and besides that the real life hacker do not use tools but do it totally manually, hence to mimic the same makes total sense by bringing accuracy in the findings”.

Roadmap of the Company

Valency Networks aims is to be a solution provider company targeting the niche areas of IT infrastructure by leveraging years of global technical experience possessed by the team. This mission starts with cyber security solutions which is the need of the hour in today’s IT world, and extends up to the new trends in IT such as multiple mobile platforms, SCADA infrastructures, wearable technologies, and Internet of Things. As we all know that the talks for cyber security are in the air, considering this the mission of the company is to make full use of its ample caliber to safeguard networks of organization. While already having presence in USA, & Europe, Valency Networks has planned to expand the organization by opening offices in middle-east as well as all metropolitan cities within India.