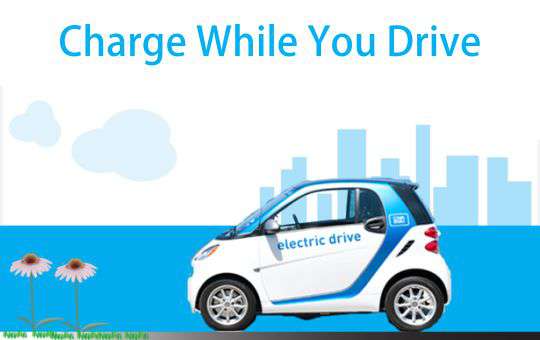 Testing of dynamic wireless power transfer charging technology will get under way in late 2015 confirmed by Highways England.
The trial has access the key features, whether this technology is safe & effective on roadways, enable electric cars to cover long distances without the extended breaks needed for conventional plug-in recharging.

The move to formal testing follows on from introductory studies commissioned by Highways England that suggested such technology was feasible. Mike Wilson, Highways England chief highways engineer Stated, “Vehicle technologies are advancing at an ever increasing pace and we’re committed to supporting the growth of ultra-low emissions vehicles on England’s motorways and major A-roads”.

Andrew Jones, Transport Minister stated, “The government is already committing £500 million over the next five years to keep Britain at the forefront of this technology, which will help boost jobs & growth in the sector. As this study shows, we continue to explore options on how to improve journeys and make low-emission vehicles accessible to families and businesses.”
These trails are away from roads and expected to last for approximately 18 months, which includes installing suitable charging infrastructure under the test roads and using specially adapted vehicles to assess the effectiveness of the technology. Car manufacturers and technology partners involved in the testing will be declared later in the year.

Highways England announced its commitment to installing plug-in charging points every 20 miles on the highway as part of the government’s Road Investment Strategy.