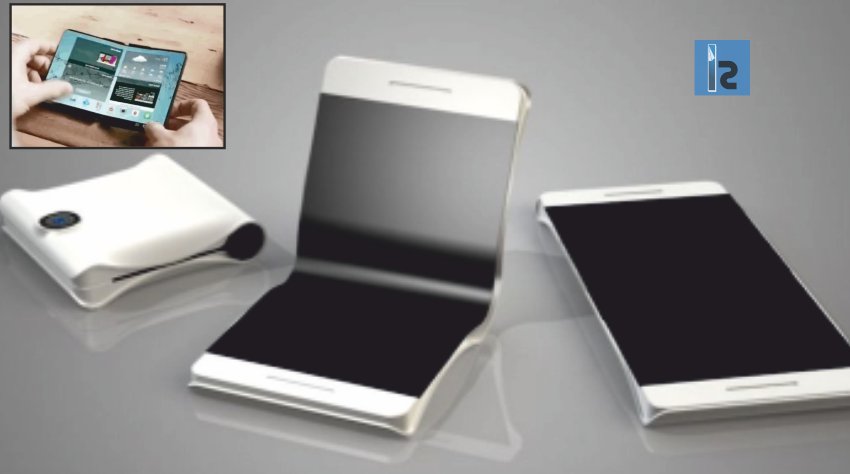 Foldable Phones are seen as a possible direction for future phones. Some leading phone makers have already begun patenting their concept models. Apple has already got the patents for a foldable phone with a flexible display. Samsung is also seemingly occupied with a phone with an unbreakable and flexible OLED screen. These devices may help as the groundbreaking thrust the industry that needs increase the sales that are slowing down in recent years. Samsung Galaxy X model was probably the most well-known devices till date.

Royole is a company that is much ahead of others in making bendable phone designs. It visualizes a wraparound device that can be either straightened out to use or a device that can also take the form like a candy bar. The age of folding smartphones is coming. As patents for foldable phones are being filed in an ever-increasing number by all big players. Companies like Huawei, LG, and Motorola are joining the race with Apple and Samsung to position them as the strongest and most innovative.

Motorola has come up with a two-screen folding phone prototype which can be flipped out to be used as a tablet. The patent details show how the device has two cameras, top, bottom and middle hinges, and the ability to be propped up into an angular display mode.

LG has been a leader in rolling, foldable displays with its advancements in technology. The company is showing off working examples of its own and but LG Display screens might also be used by other brands of folding devices such as Huawei. At the beginning of the year, LG has filed a patent for a smartphone with a flexible display and folding ability into two before detailing two different potential designs.

Apple seems to be the biggest player alongside Samsung that is working on a foldable device. In fact, the hardware may very well be close to realization in Apple labs. An Apple Inc. filed patent emerged for with a title as ‘Electronic Devices with Flexible Displays’, which specifically gives details of an electronic device comprising a flexible display. It will be kept in the housing with a bending region about an axis. The patent also indicates that the flexible display technology could be developed for a cellular phone.

The folding phone that Huawei is working on is also worth mentioning. Last year, Huawei had confirmed that the company is already working on the prototype of a flexible smartphone. Recently, the patent diagrams of a foldable Huawei phone have emerged in media. The patent mentions to the device just as foldable smartphone, but it shows a book-like phone that can be opened up to create a larger tablet. The screens are connected by the hinge for rotation.

Samsung took this to the extreme in a recently published new patent which shows a device which wraps the screen completely. The resulting smartphone will be in a single screen running on both the front and the back. This will be a smartphone with a flexible display that goes all the way around the foldable phone. With all such innovations and companies’ aggressively patenting them, consumers will be happy to have a magic ball in their hands soon.

Precision Medicine as a Paramount Modification in Healthcare