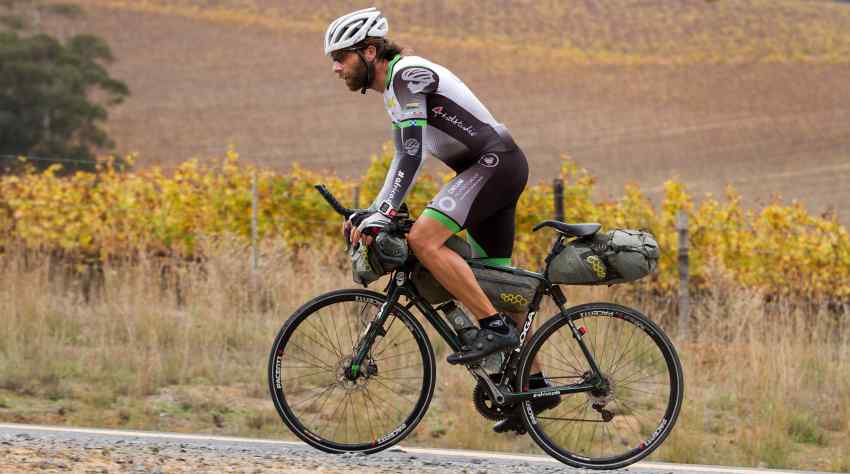 British explorer and endurance athlete will test the permanence of the human body and mind as he endeavors cycling circumventing the globe in 80 days. To break the current record of 123 days, Mark Beaumont would be cycling 240 miles a day.

Mark launched his project in London and is setting off on a practice ride, as a warm-up to the trip, which is a 3,500-mile ride around the British coast at the pace of “80 days” ahead of the circumnavigation attempt, which he has planned in July. It is a 3,500-mile, 15-day training ride and will see Beaumont cycle for at least 16 hours every day i.e. 240 miles a day.

He plans to spend 75 days in the saddle, excluding 3 days for flights and a couple of emergency days in case something goes wrong.

He asserted that he was feeling excited and nervous at the panorama of the 18,000-mile exhilarating journey. “I’ve dreamed of it for years,” he stated. “This is the zenith of the past two decades, ever since I was a 12-year-old boy cycling across Scotland. I would love for this journey to give people the confidence to take on what they are capable of, for young people in particular to stop and to think: ‘What’s my 80 days?’”

He comforts his beloved with his confidence, by saying: “I know what I’m getting into. I cycled around the world 10 years ago but that was unsupported, wild man-style, trying to find clean water and a place to sleep.”

“This time it is Tour De France-style. I have a support team behind me and it is just about performance. That makes a huge difference.”

He will be constantly supervised by a team including a nutritionist, physiotherapist, mechanic, and manager.

Mark would be riding for four sets of four hours with half-hour breaks in between. The cyclist said his average day would see him on the bike at 04:00.

He is advised to take on a diet which includes about 8,000 calories every day and he has a top team appointed to look after his nutrition.

The tour’s route will start from Paris, then goes through Europe, Russia and Mongolia and Beijing in China. It runs across Australia, up towards New Zealand, across North America from Anchorage and then the final “sprint finish” in Lisbon, through Madrid and ends back in Paris.

The rulebook states that the wishful rider has to go more than 18,000 miles and has to ride through two points on the either side of the planet.