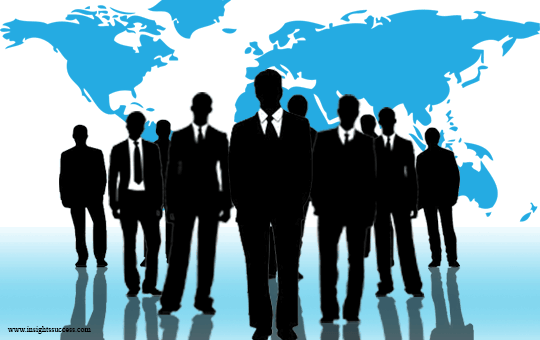 At 97% approval, Google’s Larry Page was also no. 1 on the list of CEOs overall. A co-founder of the company with Sergey Brin, Page was initially the CEO early in the company but stepped down in 2001 amid pressure from investors. On April 4, 2011, he resumed the role of CEO at Google. Last year, Page took the 10th position on the list with a 93% approval rating.

The hooded sweatshirt-clad Mark Zuckerberg is the archetypal young tech CEO in Silicon valley. His 95% approval lands him at no. 4 on the overall CEO list from Glassdoor. Often referred to as a programming prodigy, Zuckerberg founded Facebook in 2004 where he remains its chairman and CEO.

In 1990, Scott Scherr became the president and CEO of Ultimate Software, a company that provides human capital management (HCM) software tools for businesses. In many of the company reviews, Scherr was described as “down to earth” and as having a “people first” approach. His 95% approval puts him at no. 5 on the overall CEO list.

Tom Cook succeeded Steve Jobs as CEO in 2011, a few months before Jobs’ death. Cook was originally recruited by Jobs to work for Apple in 1998 and he has previously served as interim CEO when Jobs took a medical leave in 2009. During Cook’s tenure, Apple’s charity donations and sustainability efforts have increased. At 94% approval, he is no. 10 on the overall list.

Originally born in Tehran, Iran, Dara Khosrowshahi has served as the CEO of travel deals site Expedia since 2005. Khosrowshahi sits at no. 11 on Glassdoor’s overall CEO list with 94$ employee approval. In 2013 he received the Ernst & Young Pacific Northwest Entrepreneur of the Year award.

Taking the no. 12 spot on the Employees’ Choice Awards CEO list is Jeff Weiner of professional networking site LinkedIn. While he received a 93% approval rating on this list in 2015, he actually dropped seven percent from his previous position, meaning he received a 100% approval rating and the no. 1 spot on the 2014 list by Glassdoor. After serving as LinkedIn’s interim president in 2008, he became CEO in 2009.

Marc Benioff is the founder, chairman, and CEO of Salesforce.com, which he founded alongside Parker Harris in 1999. He is no. 21 on the list with a 92% approval rating and is known for his outspoken nature in leading the company. Benioff is also known for his philanthropy, both personally and through his company. He organized Salesforce.com in a way that it donates 1% of profits, 1% of equity, and 1% of employee hours to charity.

Number 22 on the list with a 91% approval rating is Yelp CEO, Jeremy Stoppelman. He is an original member of the PayPal Mafia and founded the company in 2004 alongside Russel Simmons, after receiving an initial investment from Max Levchin. After turning down an acquisition offer from Google, Stoppelman filed for an IPO to take the company public in 2011.

Francisco (Frank) D’Souza was part of the founding team of Cognizant Technology Solutions in 1994 and has served as its CEO since January 2007. He was born in Nairobi, Kenya, but has lived in nine different countries. He has won numerous awards for entrepreneurship and he received a 91% approval, landing him at no. 33 on the overall CEO list.

Rounding out the top 10 tech CEOs is CDW’s Thomas E. Richards, who got a 91% approval rating and holds the no. 34 spot on the overall CEO list. Richards joined CDW as president and COO in 2009, but became president and CEO in 2011. Many Glassdoor reviews praised the company’s culture and benefits for employees.

Reinventing Google for a Mobile World