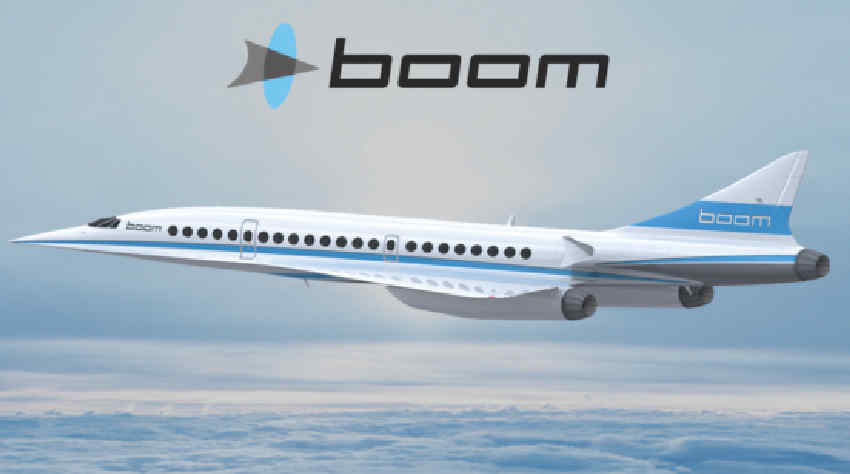 The future of transportation, the comfort of travelling and the economy of the motherland of such a jet that could travel faster than the speed of light is yet to experience a tremendous growth.

There is a Jet that will be introduced from the year 2020, which will have the speed of Mach 2.2. With such a speed it can travel between New York City and London within a swift moment of 3 hours and 15 minutes, between San Francisco and Tokyo in 5.5 hours, and between Sydney and Los Angeles in 6 hours and 45 minutes.

The partnership between Richard Branson of Virgin Galactic and startup Boom Technology is to build a supersonic aircraft, Boom Technology announced. The plane has the ability to turn around the sky even faster than the already known Concorde jet or any other commercial aircraft today, Boom Technology said.

In a statement by Boom Technology, There was an Aircraft that could fly faster than the speed of sound, and it was first developed in the mid-20th century. But due to some regulations and technical challenges, the innovation was halted and it affected the expansion of the whole concept. But the future is believed to offer us more and even a better approach to this dream, come true. According to the aviation startup, the main motive of introducing or giving a new dimension to this technology is to improve the means of commute and enhance the comfort and security in this sector. The speed of this supersonic jet is twice the speed of sound, or 1,451 mph (2,335 km/h). However, there used to be the Concorde, now a retired supersonic passenger jet, which used to fly at the speed of 1,350 mph (2,180 km/h) or more.

By introducing this model of aircraft, Boom is practically aiming at setting a new speed record for civil aircraft.

Scholl said that building a supersonic jet is not easy, but it is very important, “In addition to the love of hard engineering and the technical challenges, the motivating point is the tremendous benefit in faster travel”.

The major speed improvement which was witnessed in the Commercial air travel, was within the late 1950s and early 1960s, and that was the first time the introduction of commercial jets occurred, Scholl said. Such jets, at the time when the jet was introduced, it made possible for “Hawaii vacation,” shortening a 15- to 16 -hour flight to just 5 to 6 hours.

Let’s consider the great possibilities through this awesome device, “Imagine a mother/father having the ability to travel across the Atlantic Ocean, and getting to your business area, probably in Europe. And getting home to meet your children and possibly before bedtime, what will life be like? I guess it will be so easy and very awesome.”

Actually, in the quest to develop this startup, Boom was reported to have raised about $33 million. This company out of all records will be the first to build the “Baby Boom,”. The baby boom is a prototype of the full-size Boom aircraft, and the first test flight, is planned for 2018, as announced by Scholl at the International Air Transport Association (IATA) Wings of Change conference this week, according to ATW. The capacity of the full-size Boom, is ranging up to 55 passengers in an all-business-class configuration, which will be going for a test in 2020 and certification will be concluded in 2023 from the Federal Aviation Administration by 2023, ATW reported.

The common thing that is leading to the advancement in Air-Travel management is to meet up with the comfort expectation of the mass. Everybody wants a faster and safer means of transportation. “Time is money”, this means that the time used for positive things return the benefit in a better way. We all want to save time for the important things, and through this development, I believe the goal will be achieved. This need for intellectual growth in the field of Aviation is growing through this. It will also provide job opportunities and good reputation in the field of aviation for the country that succeeds in finishing this product. The future of technology, Aviation and Humanity can be attested to great improvement at the moment we experience the existence of the Awesome Jet.

Shaz Khan: The Entrepreneur Leading the Last Territory of Innovation

The Biggest Map of The Universe Unveiled