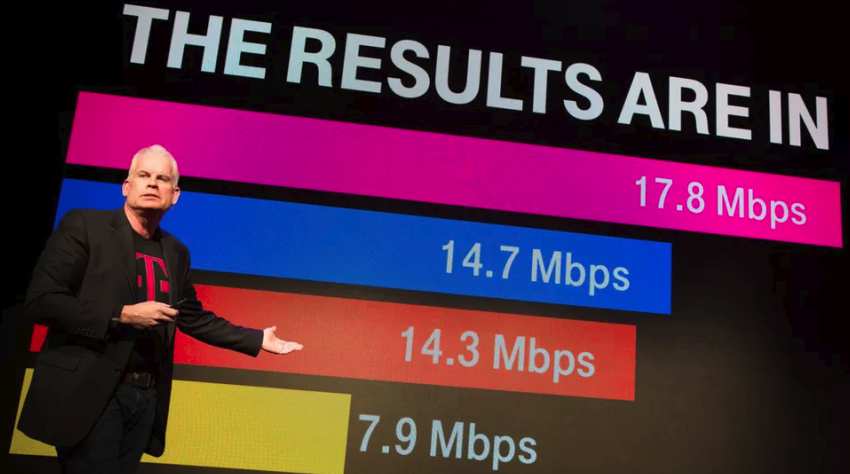 T-Mobile unveiled its plans to build its next-generation 5G wireless network, using their recently purchased spectrums in the government auction. However, there’s a catch, the speed won’t be increased by a huge margin, and instead, the company is looking for better coverage.

This new move from T-Mobile has increased excitement all over the country, as it takes a completely different path from the conventional 5G network. The new wireless network might not give blazingly fast internet speed, but it will provide better connectivity and coverage across the country.

The new 5G network will give T-Mobile a slight edge over its competitors, as the company can now claim to have first nationwide coverage of 5G. Additionally, the company is planning to provide higher band spectrums that will connect major US cities, which will eventually help to get higher speeds in some areas.

Other rivals has already tested 5G by using much high- frequency spectrum that provides far better speed than a traditional fiber optic line, but the main disadvantage are, they have very limited spectrum coverage. So they are stuck with very limited range, now both the companies are working on fixed 5G services, as a replacement of traditional broadband lines. According to Jan Dawson, an analyst at Jackdaw Research, T-Mobile’s move may also confuse many about what 5G is. It will mean fundamentally different things depending on careers.

Other than speeds, 5G also helps in various other applications that include remotely driving a driverless car or perform a surgery with little or no lag; additionally, it allows carriers to connect various devices as per their need. As per Neville Ray, the company is expecting to witness completely new applications and solutions that will be built for 5G, and the current will work far better than ever.

Jasmine Panayotov: Has the Zeal to Change the current Norm in the Industry