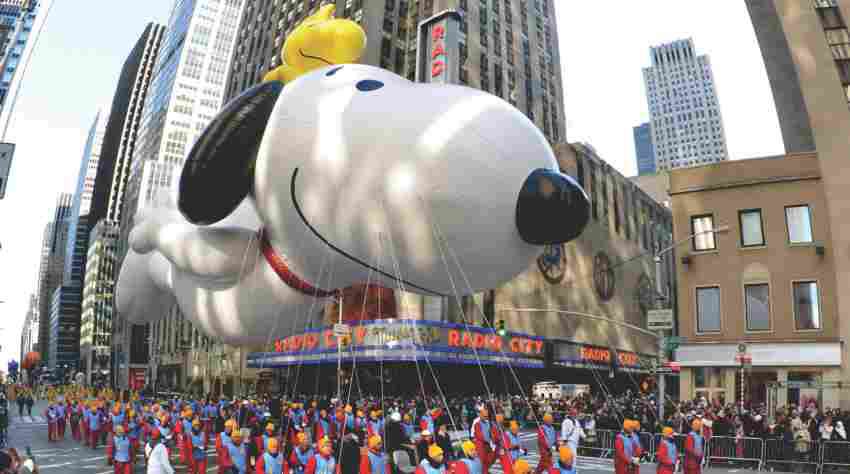 Do you remember “The one with the Underdog”, when Chandler boycott the holiday because it reminded him of his parent’s divorce? And then a Macy’s parade balloon escaped and the Underdog: cartoon character flew away – which led to the burned turkey while the gang being locked out of Monica’s apartment? Yeah, Of course, you remember it. You must be wondering what was special about that. To be honest, not much, other than the fact that it was Happy Thanksgiving and that’s what all Americans are celebrating today.

Thanksgiving Day is a national holiday celebrated as a day of giving thanks for the blessing of the harvest and of the preceding year, in Canada and the U.S., roots back to a celebration in Massachusetts (that time Plymouth) in 1621. The event was held in honor of a good harvest and saw pilgrims (the Plymouth colonists) and the Wampanoag Indians share a large meal together over three days.

From then on, Thanksgiving was held on and off until 1863, when during the Civil War, President Abraham Lincoln stated that it should be recognized as a federal holiday to be celebrated on the last Thursday in November and the tradition continues till date.

What about “The Feast”?

Thanksgiving is a holiday centered around what Americans are best known for – eating. Jokingly said, but the fact is; Thanksgiving is really more about food than anything else with the meal mainly revolving around the iconic Thanksgiving turkey, filled with stuffing and served with gravy and cranberries.

Side dishes served during the meal are as important as the turkey, perhaps even more so. One such classic side dish is mashed potatoes served with gravy. Sweet potato casserole, roasted carrots, dinner rolls, and green bean casserole are some other popular side dishes.

And what about entertainment, then?

Decorations are one of the things, apart from all of the eating, which makes Thanksgiving a day what it is. The common centerpiece of a Thanksgiving table display is cornucopias, along with things like pumpkins, squash, and dried cobs of corn.

The huge accompanying parade is another unique thing about American Thanksgiving. Macy’s Thanksgiving Day Parade gets screened on almost every news channel in the states, and witnessing it is one of the first things people do while they wait for the meal to be served.

Following the parade, starts a slew of American football games, one after another. Certain teams play every year, and dedicated fans gather around the television to watch it.

Even though Thanksgiving is all about gratitude, a grand celebration, food, football, and much more, it’s the sales on Black Friday on the next day that all Americans crave for.

And the USA Celebrates Thanks Giving!