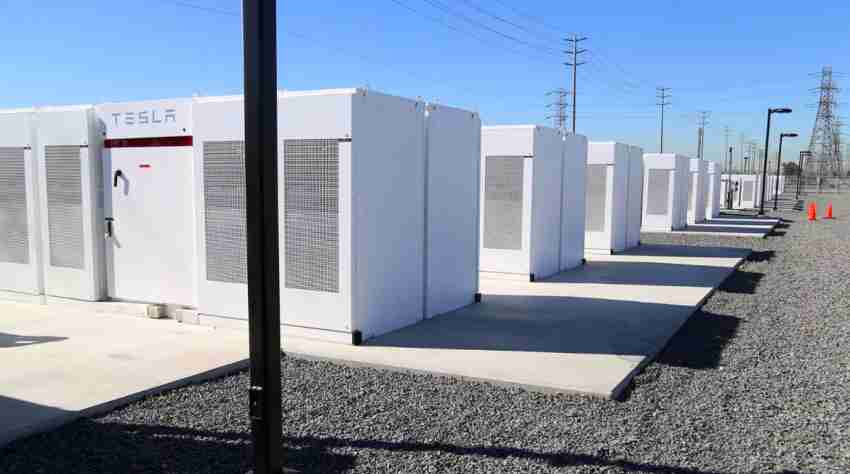 The Powerpack project, which is a joint venture with local electricity provider at Southern California Edison (SCE) is supporting grid operation during peak hours to improve the integration of renewable energy resources.

“This project is exactly in line with our mission to accelerate sustainable technology and sustainable energy broadly for the world,” Tesla Chief Technology Officer, JB Straubel, asserted.

“Storage is a piece that’s been missing on the grid since the grid was invented, so thanks to these technologies, we’re right at the turning point of being able to deliver storage and use renewables–solar, wind, and others–that can power people’s needs for longer parts of the day,” Straubel added.

The Powerpack is a commercial-scale variation of Tesla’s consumer-level Powerwall battery product. It is loaded up with solar energy and uses energy from the electric grid during the off-peak period. Single Powerpack pod at the Mira Loma site contains about 16,000 lithium-ion battery cells, which has the ability to provide more than 210 kWh per pack.

Stating that this type of technology was not possible five or 10 years ago, Straubel said that the amount of storage the Powerpack at Mira Loma provides is unprecedented especially considering its relatively small footprint.

“The Mira Loma site can provide the equivalent energy storage of several hundred acres of solar panels,” Straubel said, adding that the facility “is able to fit into this tight footprint right next to existing substations, and doesn’t really take up any substantial new land.”

“And every piece of this product–the battery, the battery modules, the power electronics, the inverters–was assembled by Tesla workers right here in the US,” Straubel said added.

These Powerpacks are manufactured at Tesla’s massive Gigafactory situated at Sparks, Nevada.

SCE awarded Tesla the contract for the Mira Loma project last fall, but because of some reasons, Tesla has been plugging away at building its energy business for some time. To date, 300 megawatt-hours worth of Tesla batteries has been already deployed in 18 countries.