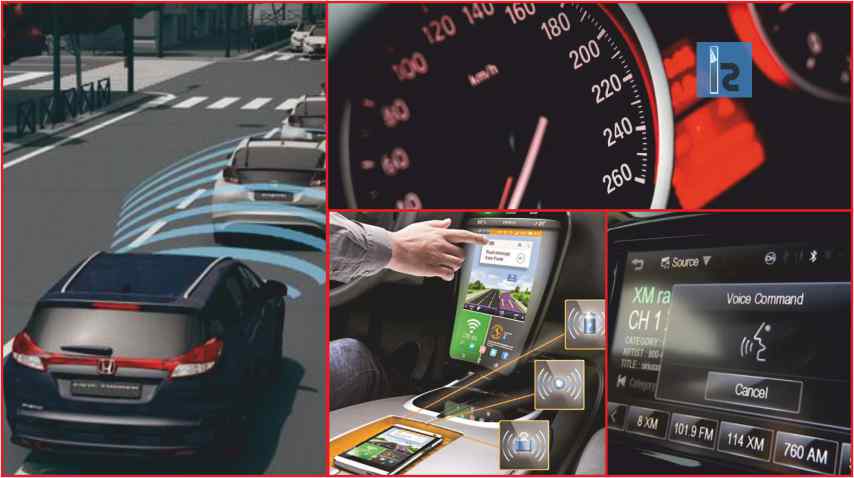 Ever since automobiles were invented they have changed the way people commute. Today the automobile industry is on a roll with newer editions of cars coming out in – built with the latest technology. As of 2016, there were over 9 million cars that were produced which shows how the demand for four wheelers is just stepping up everyday. Apart from comfort, people today have looking under the hood for the latest developments in technology in the cars. Each year, a new piece of equipment is experimented upon and then implemented in order to make it safer for the drivers. Passengers are slowly being given the luxuries of sophisticated equipment for their entertainment. Here’s an overview of the neoteric technology being introduced into automobiles which are making people’s drives safer, more comfortable and entertaining.

The world has seen a tremendous change and it will continue to be flooded with even more innovations in the years to come. Cars, have similarly come a long way from just being a compact carriage wheels to being convertible and having a plethora of technological equipment implemented into them.

Smartphone Synchronization – In the era of social media it is one of the foremost features that we look for in any device and today cars are no different. They usually consist of a feature which enables the driver or passenger to synchronize their smartphones with the car. This enables them to access their social media updates without having to risk looking at their phones and away from the road. Alternatively, some car companies also have their own applications which are used to remotely start the car, start the heater on a wintry morning or AC on a sweltering day right before one steps into the car or even remotely unlock and lock the car.

Adaptive Cruise Control-This feature can be a lifesaver that helps a person in veering the car through any traffic situation with ease. A cluster of sensors assist the car in matching the speed up to the car in front. This will ensure that there is no constant breaking that may ruin the experience of a smooth drive. There are also a couple of systems that have the ability to provide an easy halt and go in the extreme traffic sort of situation. With the traffic situation nowadays, it has come to be known as an added advantage.

Lane Departure Warning-Speaking of traffic and social media, it is indeed a dangerous tendency to take one’s eyes off the road even for a second. An unexpected sneeze can also set the car moving in a different direction. For cases like these that are rare the technology of lane departure warning can help. This feature uses cameras that are connected to the front of the car to gauge the distance between oncoming traffic and also the movement of the car. In case of a minor distraction, be it to change the music or grab a quick sip of water, this technology is capable of sending a slight vibration through the seat or even the steering wheel to alert the driver. It is also an automatic system that will turn off on its own, hence reducing chances of it being accidentally triggered.

Voice control- This has its own advantages especially for the driver when there is no co passenger available. With this automobile owners can have the music play or change, find direction to the destination or even placing a call without having to move their fingers from the wheels. So far it has been seen in a manner where the cellphone is synched with the car, but in newer advancements it’s easier to just directly place the call as well. The suggestions are then followed by the voice assistant and it provides the desired results. This is an even safer option compared to using earphones or equipments of the similar kind as they didn’t allow the external sounds to be heard. This made it hard for people who are trying to overtake the car but are stuck because they haven’t received a go ahead signal yet.

Technology as a Boon for Motorists

The generation of today is one that has everything sorted even when it comes to automobiles. They have a safer and more convenient means to travel. There are many other innovations yet to make their way into the world. The images and experiments of flying cars are just one of those farfetched ideas that are coming closer towards reality. This year Buggati brought back the Veyron. With highly advanced features such as a sophisticated stereo system and more importantly a quad turbo eight litre V16 engine that can reach speeds of over 250 mph, this supercar may seem like a luxury today. Just like people of the past who visualized travelling in ways other than on foot, it will be interesting to see what a couple more years will do to the automobile industry.

Property owners want improved air quality that is free of…

The world of digital marketing is an ever changing world…

What are the benefits of Reseller Hosting?

Some web hosts offer a reseller hosting package. In reseller…

The watches for every occasion

Watches get astounding subtleties to each event a simple method…