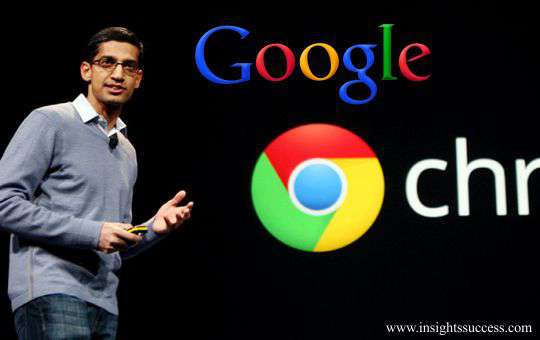 The journey started with Sattya Nadella who became CEO of Microsoft and Indra Nuri who became CEO of PepsiCo now there is another name added to the list which is ‘Sunder Pinchai’ who has been declared as a CEO of Google.

With this latest news Larry Page, Google co-founder & CEO, has gave a shock to everyone. He and fellow Google founder Sergey Brin have started a new company called Alphabet, an umbrella for Google and other Google companies. With this new change Android and Chrome boss Sundar Pichai has been appointed as the CEO of a new, more streamlined Google.

The new Google will still do the same business it has been doing like search, Android, ads, and so on. This change simply allows the more “out there” businesses to retain their focus and autonomy as part of Alphabet. Alphabet will be the parent company of the new Google, along with several other businesses that were previously handled by Google itself. Only some part will work under new term, including the X labs, Google Ventures, YouTube, & Google Life Sciences.

The information is provided that each company comes under the Alphabet umbrella will have its own CEO, and in the case of Google, that’s Sundar Pichai. Alphabet with Larry & Sergey at the helm will still manage all the resource allocation and determine compensation for the various CEOs. Google’s stock will also be transformed one-to-one into shares of Alphabet, but it will still be traded under the GOOG and GOOGL symbols. Going forward, Google will report quarterly results separately for Google and the other Alphabet companies as a whole.

Use DataWatch and become a Big Data Expert