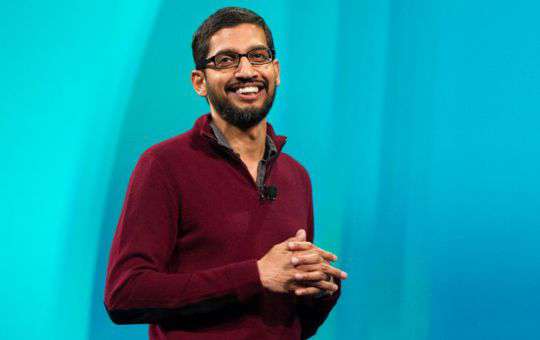 Pichai Sundararajan, 43 years old, well known as Sundar Pichai, is a technology executive who is Product Chief at Google. On 10 August, Pichai was announced as the next CEO of Google while replacing the co-founder Larry Page, who will now head a new company called ‘Alphabet’. Pichai, who was senior vice-president at Google, now seen his meteoric rise, as the third CEO of the Google.

In 1972, Pichai was born in Chennai, India. His father, Raghunath Pichai was an electrical engineer for the British conglomerate GEC and managed a factory that made electrical components.

Pichai completed his schooling from Padma Seshadri Bala Bhavan Senior Secondary School, Nungambakkam. Pichai is a soccer fan. He was a captain in his school cricket team. He has been described as a “skilled diplomat”. He did his graduation in Bachelor in Engineering from IIT – Kharagpur in Metallurgical Engineering.

Sundar decided to pursue both MS & MBA degrees. He holds an MS from Stanford University in Material Sciences & Engineering and an MBA from the Wharton School of the University of Pennsylvania, where he was honored as a Siebel Scholar & a Palmer Scholar.

In 2004, he worked with McKinsey & Company and later joined Google, where he was called as a “low-key manager” who worked on the Google toolbar, where he led the product management and provided innovating ideas for Google Chrome, Chrome OS as well as Google Drive, also helped in apps like Gmail & Google Maps.

In 2014, Pichai was promoted as Product Chief and became second-in-command with Larry Page. Pichai, who has a big talent to create products which are excellent and easy to use. People are so comfortable with his products like Chrome Browser, Today Chrome has hundreds of millions of happy users, they rarely ask for another browser. For smartphone manufacturers android’s flexibility is useful platform.