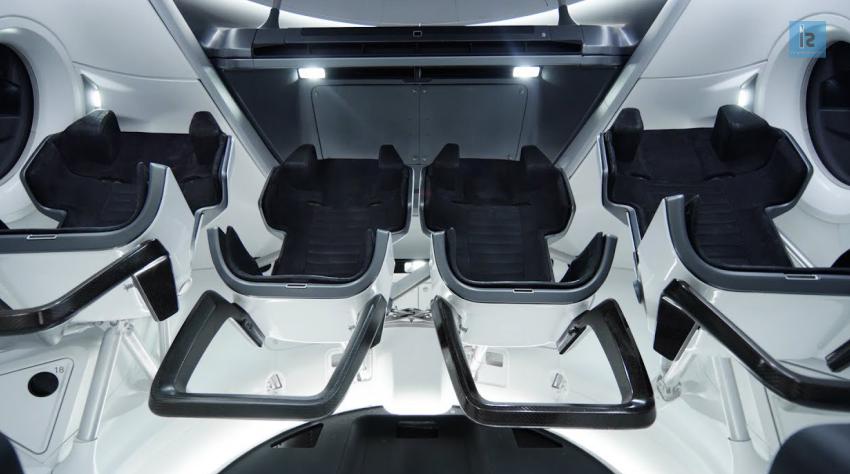 According to various reports, SpaceX is planning to send 4 privately-paying space tourists for five days on an earth’s orbital trip in its Crew Dragon space flight in between the time interval of late 2021 and mid 2022.

Gwynne Shotwell, the President and COO of SpaceX states, “This historic mission will forge a path to making spaceflight possible for all people who dream of it, and we are pleased to work with the Space Adventures’ team on the mission.”

Developed as part of NASA’s Commercial Crew Program, the Crew Dragon Capsule of SpaceX has completed its test flight and docking maneuver successfully to the ISS (International Space Station) last year, and now it’s ready to take-off with space-tourists onboard.

As per the inked agreement, Space Adventures will use the SpaceX’s Falcon 9 rocket to carry Crew Dragon vehicle with four passengers on-board to the earth’s orbit. It has also been decided that the flight will remain in the orbit as a free-flying spacecraft instead of visiting ISS.

Spokesperson of Space Adventures states, “This will provide up to four individuals with the opportunity to break the world altitude record for private citizen spaceflight and see planet Earth the way no one has since the Gemini Program.”

Eric Anderson, the Chairman of Space Adventures states, “Honoring our combined histories, this Dragon mission will be a special experience and a once in a lifetime opportunity – capable of reaching twice the altitude of any prior civilian astronaut mission or space station visitor.”

Previously, Space Adventures has conducted eight separate orbital missions to the ISS for its seven wealthy clients in which the company has used paid seats on the Russian Soyuz rocket. The client’s list includes Dennis Anthony Tito, an American engineer and entrepreneur; Mark Richard Shuttleworth, a South African and British entrepreneur; Anousheh Ansari, an Iranian-American engineer, and Co-founder and Chairwoman of Prodea Systems; Gregory Olsen, the American Scientist and entrepreneur; Richard Garriott, a computer-game developer and entrepreneur, also the son of NASA astronaut Owen Garriott; Charles Simonyi, the Co-founder of Microsoft; and Guy Laliberte, the Co-founder of Cirque Du Soleil.