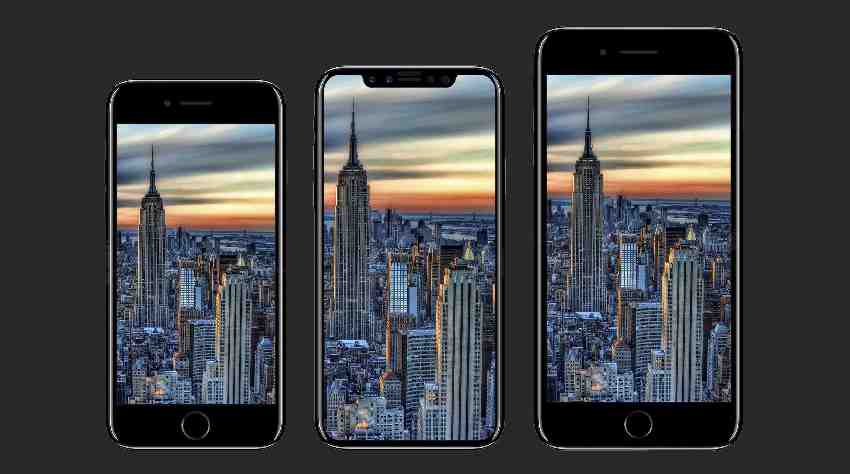 Just like every year, this year also every Apple fanatics and geeks were waiting for the big iPhone launch event. As this is the 10th year anniversary of Apple, people were expecting something big from the company. With the launch of three devices, there’s a lot to consider from the big event. The three phones are iPhone 8, iPhone 8 Plus, and the iPhone X which is the new flagship with an edge-to-edge display, and TrueDepth front camera that enables users to unlock their phone with Face ID. However, those who were looking for something more conventional iPhone that is easy for one-handed use will feel right at home with the iPhone 8 and 8 Plus. So, let us have a look at the specifications and few features of all these newly launched phones.

The iPhone 8 weighs only 148 grams, whereas the 8 Plus and X weighs 202 grams and 174 grams. The iPhone 8 is carrying forward its predecessor’s screen size of 4.7 inches, making it quite portable and easy for one-handed usage. On the other hand, iPhone 8 Plus’s screen size is 5.5 inches and the iPhone X sports a much bigger 5.8 inches display. This time around Apple is using Retina HD IPS LCD in both of its iPhone 8 and iPhone 8 Plus devices, and all the three iPhones come with 64GB and 256GB storage option and lacks external storage. The iPhone 8 sports a single 12MP main camera, whereas both the 8 Plus and the iPhone X retains the setup of iPhone 7 Plus with dual 12MP cameras. When it comes to the front cameras all these phones sport 7MP camera and the iPhone X’s unit is a TrueDepth camera, that eventually helps to unlock the phone with Face ID. Unlike the X, the other two devices lack Face ID and possess slightly improved Touch ID sensor. When it comes to SoC, all the processes are taken care of by the Apple A11 Bionic processor, which is much faster than the A10 chip used in iPhone 7 and 7 Plus. The most important additions in all the iPhones this year are IP 67 rating and the wireless charging feature.

The Best Business Tycoons in the World