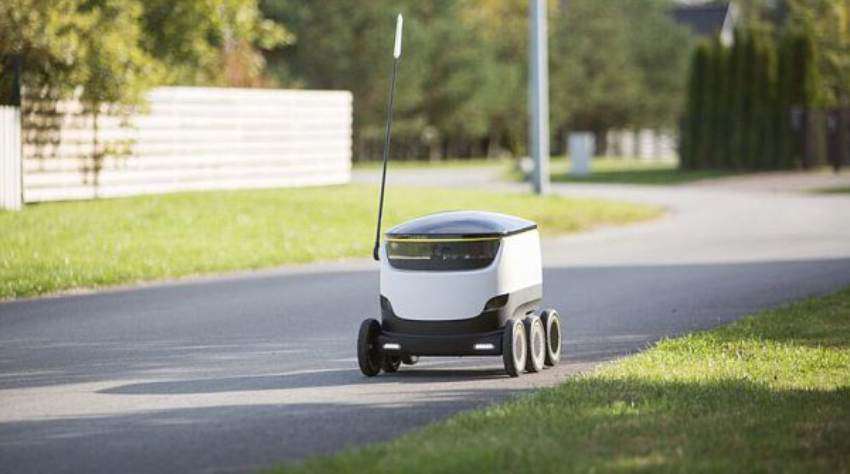 Self-driving robots are set to roll out across European sidewalks this month with respect to the large-scale testing program by major retailers and delivery companies.
The movement follows a series of partnerships between delivery robot start-up Starship Technologies and food delivery services, Just Eat and Pronto in the U.K. along with parcel delivery company Hermes and leading German retailer Metro Group.

“By launching partnerships with major companies we will enter the next phase in our development,” says Ahti Heinla, co-founder and CEO of Starship Technologies. “While Starship has been testing the robots in 12 countries in the last nine months, we will now develop know-how on running real robotic delivery services.”
The partnerships follow a sequence of trials of Starship Technologies’ robots in the U.K. and the U.S., during which time they covered almost 5,000 miles without any accidents.

Being controlled by human operators in control centers, the six-wheeled AI robots move at slow speeds along sidewalks to deliver parcels and groceries to buyers within a 2-3 miles radius.

At the start, the programs will run in London, Dusseldorf, Bern and another as-yet unrevealed German city, before spreading to other European and U.S. cities.
David Buttress, CEO of Just Eat says, “We are continuously looking for ways to use technology to make our customers’ lives easier—whether that’s how people order to pay for their food or how the food is delivered.” David added: “Starship is right at the forefront of innovation in the delivery sector and so it’s a natural fit for us to be partnering with them to bring delivery robots to our high streets.”