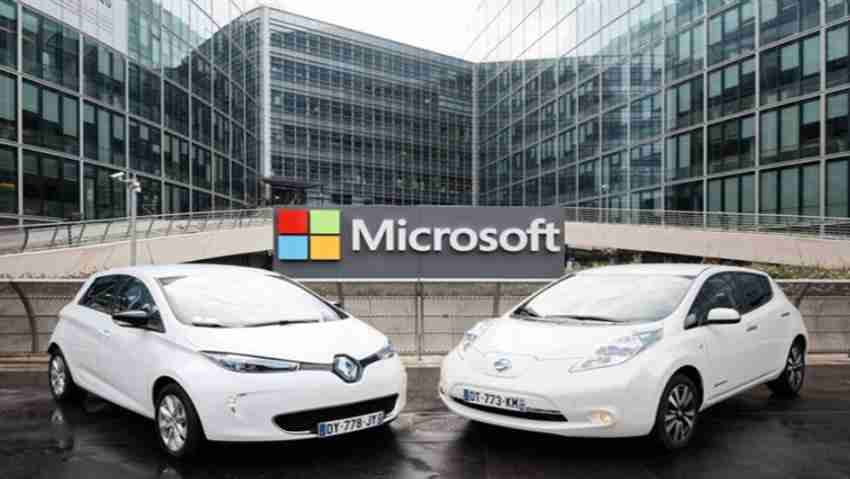 The Renault-Nissan and Microsoft Corp group up for connected-car push. Auto manufacturers have easier ways to make a fair bit of money, but it’s far more effective to team up with tech companies rather to try everything from scratch as it will be a lot time consuming.

That’s the reason behind Renault-Nissan’s new partnership with Microsoft, which will make sure that when you’re being driven to work by a self-driving car, you’ll be able to get some work done properly.

Microsoft and the Renault-Nissan Alliance signed a partnership agreement stretching over several years that will see the automaker using the tech titan’s Azure cloud platform to have new additional connectivity options. Renault-Nissan tries to keep owners connected as much as possible, whether it relates to work, play or even the car itself.

Azure will support Renault-Nissan to introduce new technologies like over-the-air updates, settings that are transferable between vehicles, and remote vehicle diagnostics. The automaker is also preparing for our inevitable autonomous future by working to combine office tools into the car, because heaven forbid we relax on our way to work. Renault-Nissan also mentions including other services like stolen-car tracking and using mobile apps to access cars in lieu of traditional keys.

Speaking of stolen cars, security remains a hot topic in the industry. Renault-Nissan persuaded Azure’s enterprise-grade security as a major basis for partnering with Microsoft. The future will be a battle to this end, as the growing demand for connected services increases the chances for the digital riff-raff to cause problem.