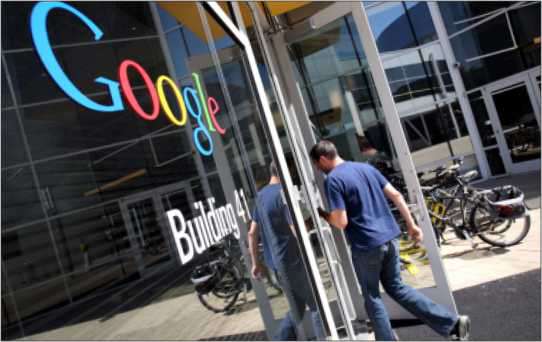 In a recent interview at Google’s headquarters in Mountain View, Calif., Mr. Singhal laid out a widely held thesis for why smartphones are fundamentally changing how people are consuming information: Phones have small screens that are annoying to type on, and people have grown so addicted to their phones that they carry them everywhere and go to bed with them by their side. Also, in a shift with big implications for his company’s sway over the Internet, smartphone users spend the bulk of their time in mobile apps instead of the open web on which Google built its business.

Add it all up, and “you have to rethink what search means pretty much from first principles,” he said.

That helps explain why Mr. Singhal and his group are engaged in a race that has erupted across Silicon Valley to become the Google of Apps. Mr. Singhal, an engineer who was born in India, joined Google in 2000. He has spent the last 15 years adding speed and intelligence to the Google search box, which is just 17 years old but already sits alongside the Golden Arches in terms of cultural and economic impact. Today, however, as people spend more time on mobile devices, competitors are popping up everywhere and Google, while still a fast-growing and highly profitable company, is slipping in its position as the gateway to the Internet.

Venture capitalists are funding new search start-ups that treat information and the web as legacy products and that focus on actions and apps instead. And while Google, with $65 billion in the bank, can buy any startup it likes, one company it cannot buy — Apple — is also joining the mobile search fray. On Thursday, Apple released an early, or “beta,” version of the next version of its iOS mobile software, giving iPhone and iPad users the ability to tap Apple’s own search engine for searches of music, apps and local services — allowing them to potentially bypass Google.

Google is a mobile force in many different ways: In the United States and several other countries, search queries to Google on mobile devices now outrank search queries on desktop and laptop computers. It has the world’s largest mobile operating system, Android. It makes billions of dollars a year selling apps through the Google Play Store and owns many of the world’s most popular apps, such as YouTube.

But that has created competing priorities because apps have also diluted its position in search. Google claimed 68 percent of mobile search revenue in the United States last year, according to the research firm e-marketer. That lead, while still substantial, was down from 81 percent in 2012, a decline projected to continue as apps occupy more of people’s time.

“On a phone, the biggest intellectual difference is you don’t go to your search box as your first resort,” said Keith Rabois, a partner at the venture capital firm Khosla Ventures, who has invested in a search startup called Relcy. “On a watch, it’s inconceivable that you would go to a search box perhaps at all.

The Top Most rated CEO in the World by Glassdoor