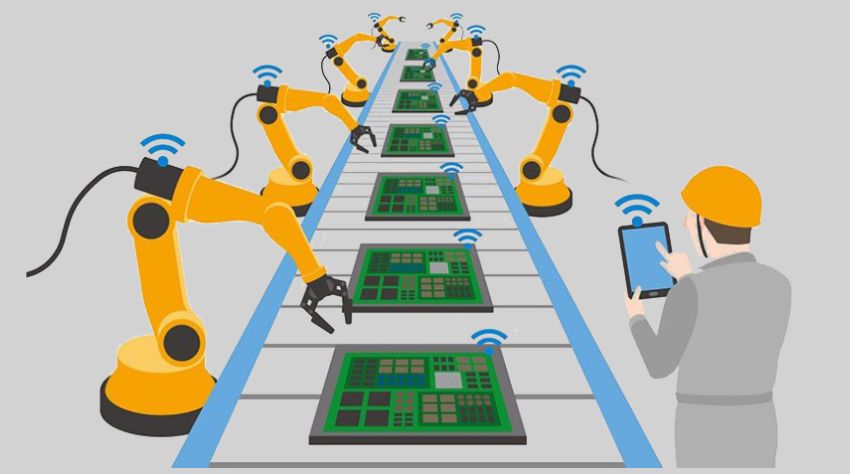 Growing new technologies are standardizing every industry and its numerous processes. It is enhancing the productivity, stability, and reliability of industries which process functionality. Hence, the power of technology is an essential solution for every industry.

The term Automation is inspired by the word automatic. It has been widely used since the late 1930s when Ford established one of its manufacturing units as automation department.

Automation defined as, the use of automatic equipment in a manufacturing process for quick and effective results. It is a technology in which a process or procedure is performed without human assistance. The whole process is immersed in various industrial control systems such as automated pieces of machinery, manufacturing process, applications used in industries or pieces of machinery to reduce human intervention. Automation process is combined with various operations such as mechanical, electrical, computers, electronic devices, and hydraulic machines. Automation technologies retain the number of benefits to the industry such as labor savings, saving electricity costs, saving material costs, and quality improvement with accuracy and precision.

Increasing Quality and Flexibility of the Manufacturing Process

Automation process strongly focuses on increasing productivity and reducing cost associated with human operators. However, today, the focus of automation has shifted to increasing quality and flexibility in a manufacturing process. Presently, as result operations are performing with automated machinery contains 0.00001% error rate.

The need of Automation Industry

To reduce Periodic or Manual checking: With the help of automation, applications can be checked periodically to eliminate manual supervision and maintenance costs.

To increase the Productivity: Automation is aggressively used in the manufacturing industry to increase productivity. The process completely enhances its productivity rate by generating a greater amount of output.

provement in Product Quality: In some cases, human efforts may vary in quality specifications. With automation equipment, industry gets reliable and uniform with product quality by using real-time hardware control devices. The technology provides a reliable and desired output with consistency.

Improving the Safety: Industrial automation process reduces the complexity of operating the equipment. It improves the safety of the operator as well and enhances the productivity by creating a safer work environment.

Automation technologies are classified into four types, which are based on flexibility and level of integration in manufacturing processes,

Fixed automation technique is basically referred to the use of special automated equipment to fix sequence of the processor to assemble operations. Operations consist of a sequence which involves plain linear or rotational motion. It is relatively difficult to accommodate changes in the product design which is referred to as fixed automation.  Advantages of fixed automation are low unit cost, automated material handling, and high production rate.

Programmable automation is an automation process which comprises of automated equipment designed to change the sequence of the operations. It covers operations sequentially in a programmable format which follows a set of instructed codes.

Flexible automation refers to the flexibility of the automation process. It is an addition to the programmable automation. It adds the ability of a robot or system to do various tasks. In flexible automation, it can be considered as a form of artificial intelligence (AI). The appropriate actions result from verbal commands.

Industrial automation eliminates healthcare costs associated with a human operator. Although it associated with a high initial cost it saves the monthly wages of the workers. Automation helps industries to operate with profitability while using energy as efficiently and reducing the amount of energy created by human assistance.

However, industrial automation carries various industries because of its huge benefit. Including the increase in productivity, product quality and safety at lower costs.