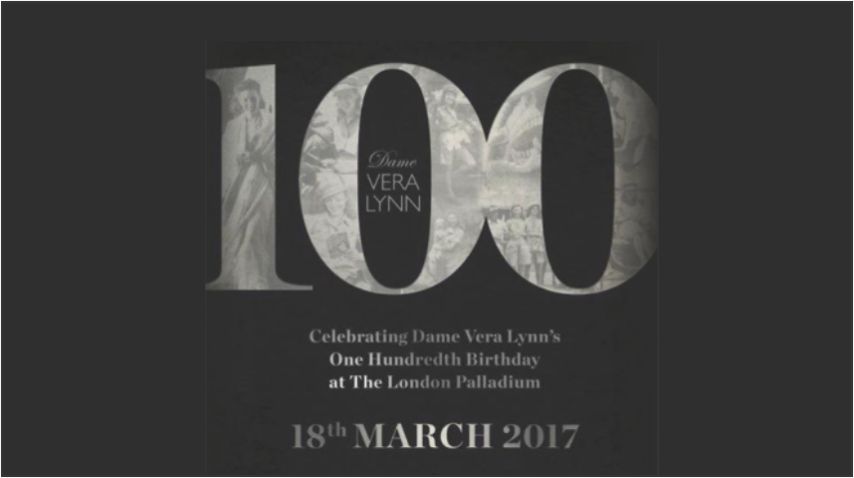 British singer and actress Vera Lynn will celebrate her 100th birthday by releasing an album of remastered classic songs next month.

Dame Vera – 100 in March – currently holds the record for being the oldest living artist to get a top 20 UK album. ‘Reliving emotions’ Vera Lynn 100, which will include hits such as “We’ll Meet Again” and “Sailing”, comes out on 17 March, three days before her birthday. Some of her best-known songs have been re-orchestrated for the album, which features her original vocals.

The vocals of top British singers also feature on the album – Alfie Boe on We’ll Meet Again, Pointless host Alexander Armstrong on White Cliffs of Dover and Aled Jones on As Time Goes By. The album also includes a previously unreleased cover of Sailing, made famous by the rock superstar Rod Stewart.

Of the new album, Dame Vera said, “It’s truly humbling that people still enjoy these songs from so many years ago, reliving the emotions of that time – I was after all just doing my job as a singer – and it’s so wonderful for me to hear my songs again so beautifully presented in a completely new way.” She will be the first centenarian to hit the UK charts.

The wartime singer became a symbol of hope for Allied soldiers fighting in Nazi Germany and was honored with the title of Dame in 1975.

She first appeared on the stage at seven. The release will mark 93 years in the industry for the wartime sweetheart and eight years since she became the oldest person with a UK number one.

0
insights success February 2, 2017
No Comments Yet