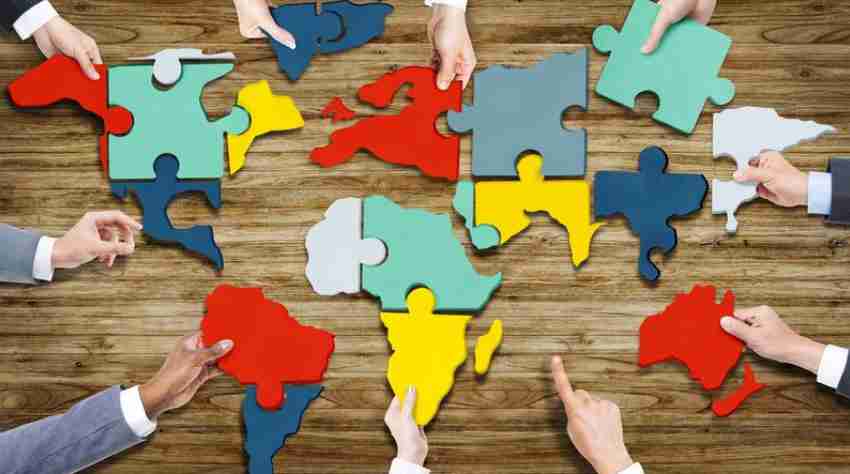 The Internet is filled with the topics related to the challenges faced by the start ups and how to overcome these challenges. Many successful entrepreneurs and market researchers write about these topics, which indeed are very insightful. Aspirant business people do read about this as much as they can, to prepare themselves to win the race and ultimately become the leader in their respective market.

For a change, let us discuss the challenges big companies face, which undeniably are very interesting to think about.

Innovation is the parameter which is mandatory for a business to get started and also a business to stay at the top. Every business giant needs to introduce something new to every product they release. Or new to the service, if they are a service providing company. Moreover, they need to innovate very wisely as even a minute misjudgment can cost millions of dollars. Just for the more comprehension, when a mobile phone has even a minor shortcoming, thousands of pieces remains unsold, especially because of the tough competition they experience.

Competition gets tougher as the companies climb upward in the market, and reaches to a point where competition becomes a rivalry. In this situation, companies don’t only try to stay ahead, but also try to pull the opponent down. For example, in a television advertisement, Pepsi has conducted taste “experiments,” in which blindfolded consumers voted in favor of Pepsi over Coke.

Other such rivalries which have been uplifted by social media are Coke Vs. Pepsi, Marvel Comics Vs. DC Comics, Apple Vs. Samsung, McDonalds Vs. Burger King, Ford Vs. GM, Nike Vs. Reebok, etc.

Possessing the patents of innovations undoubtedly keep the companies on a lead. But sometimes, innovation by multiple companies seems alike, which causes patent wars. For the legal authority of the intellectual properties, lawsuits are filed by the accuser. Events like this may charge millions of dollars to the company.

Just an addition, the first patent related case was filed by the Wright brothers (Inventors of Airplane) suing foreign and domestic aviators and companies.

As the number of startups is growing, the threats for bigger companies are increasing. The leaders of the big corporates need to wisely take steps regarding mergers and acquisitions. Mergers and acquisitions don’t only kill the threat of losing the market share, but also add more resources to the company. To signify this, poor acquisitions are considered as one of the reasons for Yahoo’s fall. While, acquisition of syndicates like Picasa, Android, YouTube, etc., keeps Google many steps ahead.

Successful business leaders are admired by millions, and their every statement is responded by all their admirers. Many of the tweets and posts updated by them, get turned into major news across the globe. Hence, such leaders need to say or write every word very carefully.

For instance, a few weeks ago, Elon Musk, Founder of tech giants like SpaceX, PayPal, Tesla Inc., Hyperloop, SolarCity, OpenAI, when stuck in the traffic tweeted, “Traffic is driving me nuts” and “am going to build a tunnel boring machine and just start digging.” This was responded by millions of people. Many haters replied it, signifying it as a publicity stunt. Maybe this inspired him to actually start digging. Within a few days, he tweeted a picture of a drill, which proved that he has started working on this project.

When a company is in the initial phase, its leaders don’t even realize how important and difficult it would be to control whole inventory and workforce of the company, if it managed to become one of the biggest companies in the market. Just to feed your mind, Walmart covers about 11,695 locations with its outlets and Samsung employees about 489,000 professionals.

Now, even if you manage to imagine yourself as the CEO or on the boards of such organization, you can never imagine what responsibilities you possess. To successfully run such chain, an infallible algorithm must be placed. To successfully deliver a product from its manufacturing unit to the right customer. To solve every issue of every customer. And, to keep every last employee of the organization professionally and personally content, irrespective of the country or city they work in.

For example, Amazon, the world’s largest e-commerce company, to get a share in the Indian market has to deal with the Indian e-commerce giants like Flipkart. Apart from strategizing the global policies, the leaders of Amazon must need to build special strategies for the Indian market. And, it faces equal difficulties in other countries too.

Leaders For the Regional Operations

The complications resulting from different cultures and regulations are effectively addressed with the help of dynamic and innovative employees and leaders from the native places. To appoint the personnel who could build new opportunities in the new markets is never simple. This person must understand the culture of the organization because the culture in that region will be determined by him. He must be innovative, and most importantly must possess enough credibility. The board of directors never undermine such processes and choosing the right person always remains a challenge for them.

Companies are run by its people. The leaders may develop the plans, but the employees are the one who deals with the customers personally. And build the products, of course. As already described, to keep the valuable employees remains a challenge for even the biggest companies. So, the organizations strive to keep their employees content. And bigger company fosters bigger employee policies. For example, Google provides perks like free food, massages, paid trips to places like Vegas and Hawaii, along with a flexible work schedule. Airbnb provides with a $2,000 annual stipend to the employees to travel anywhere in the world. Furthermore, Adobe has recently announced that new birth mothers will receive up to 26 weeks of paid time off. These types of policies are made to hold the valuable employees.

People running such organizations are considered as the most dynamic personalities in the society because they are successfully tackling many hurdles like these to stay at the top. Looking at these complications, one thing becomes clear that, “Top” isn’t as good as it seems from the bottom.