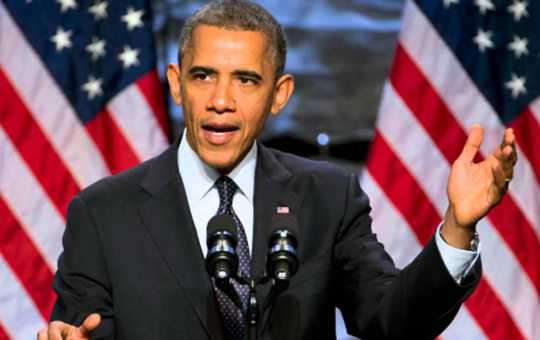 The US is targeting to develop a supercomputer that is able to process a billion operations within a second to process big data.

Barack Obama, US President, has issued an executive order that calls for the US to develop the world’s fastest computer by 2025 as part of a national strategic computing initiative.

The initiative focuses to create a cohesive, multi-agency strategic vision and federal investment strategy in high-performance computing (HPC) in collaboration with industry and academia.

The aim for the supercomputer is to be able to process one exaflop or 1018 operations a second to process big data from diverse computer systems.

Obama is seeking to re-establish US leadership in HPC by building a machine almost 30 times faster than China’s current record holder, Tianhe-2, which can run at a speed of up to 33.86 petaflops.

The second-fastest supercomputer in existence is in the US. The Titan Cray XK7 at the Oak Ridge National Laboratory in Tennessee, runs at 17.59 petaflops.

According to records, The US still has more entries on the top 500 list of supercomputers than any other country with 233 of the world’s fastest computers, compared with 141 in Europe and 37 in China.

The US government believes HPC machines are vital to advancing US economic competitiveness, scientific discovery and national security.

As per the White House, deeper insights can be gained through new approaches that combine simulation with actual data.
This can lead to tools that helps radiologists in detecting cancer from X-ray images, for example, where this diagnostic ability is learned automatically by analysing large collections of medical data.

Other advantages of the initiative are expected to include new forms of computation such as simulations of weather that are coupled with actual observations from weather satellites.

As per UK experts, one of the biggest challenges to the US supercomputer development team will be increasing the power efficiency of components, reports the BBC.

Other targets of the US initiative are to keep the US at the forefront of HPC capabilities, improving HPC application developer productivity, making HPC readily available, and establishing hardware technology for future HPC systems.

By planning now, the US can prepare for increasing computing demands and emerging technological challenges, according to a blog post on the White House website.