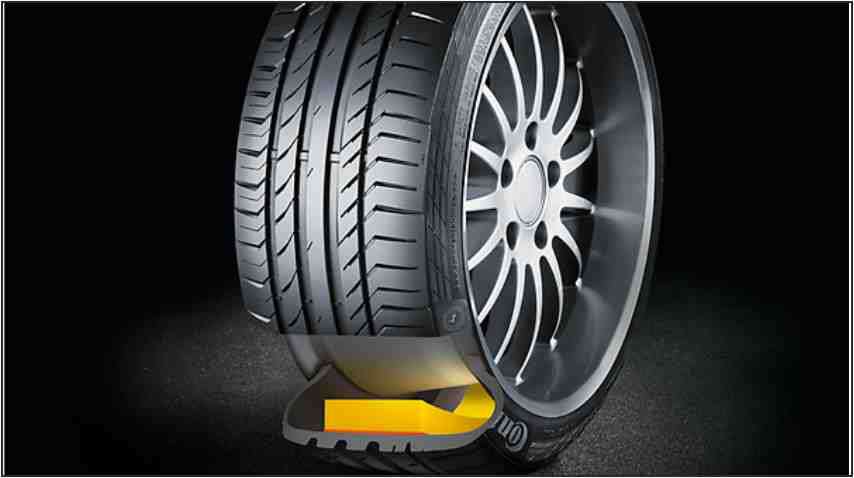 Generally, we have seen much rolling noise (sound) of tires on highways. This noise is generated due to friction between tires and road. This friction is good for better grip and pick up of vehicle. But from luxury point of view that creates vibrations and noise in vehicle body. That may feel irritating to passenger and driver as well.

This noise is again adding more sound pollution in surroundings in addition to engine noise, breaking noise, horn noise of vehicle. At high speeds rolling noise is dominant to all. People living near highways also get suffered due to this. If this rolling noise gets reduced then our highways will become somewhat silent.

This is achieved by Continental’s new technology that reduces interior noise in vehicle. “The technology that significantly reduces tire rolling noise in the vehicle”, company told in official statement.

The German company further added that,“this has been made possible by a lining that is applied to the inside of the tire tread, after the actual production process. This special foam layer significantly dampens the airborne vibrations caused by the rolling of the tire, so that on all surfaces, the noise penetrating the vehicle interior is reduced by up to nine decibels.”

Now we can expect that other automobile companies will also follow the same suit for passenger’s luxury and reduced pollution. So we will see our highways less noisy.

HCL and IBM are in 15-year partnership