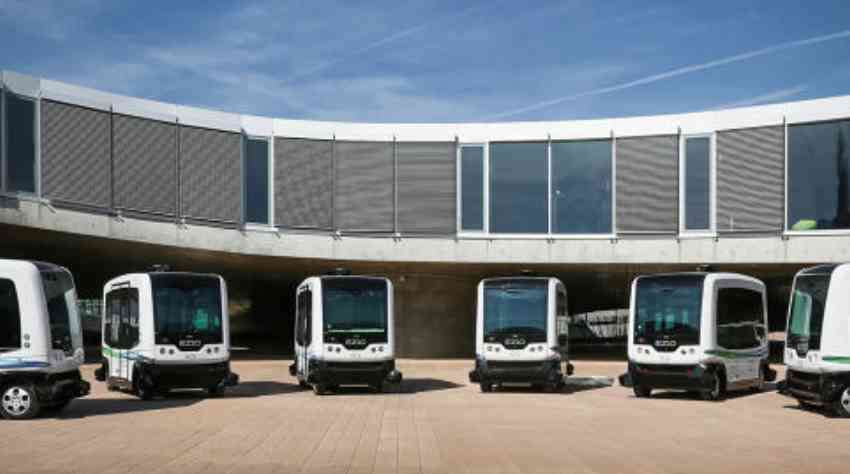 A bill passed into law by Governor of California Jerry Brown allows a self-driving vehicle without operator inside to test on a public road, leads to enabling a private business park outside San Francisco to test driverless shuttles.

Self-driving cars are already allowed to test on California public roads by 15 auto companies, technology companies and startups, including Google, Tesla, Ford and Honda. But under current state norms, a person must be in the driver’s seat for monitoring, and the car must have steering wheel and brakes.

The bill introduced by Democratic Assembly woman Susan Bonilla allows testing at Contra Costa County in northeast of San Francisco of the first full-autonomous vehicle without a steering wheel, accelerator, brakes, or operator.

A project to deploy driverless shuttles from French company Easymile had been on hold pending passage of the bill. In Europe it already operates the shuttles.

The new law is that, two cube-like Easymile shuttles that travel no faster than 25 mph will be tested for a time period of up to six months before being deployed and used by people.

Bonilla said the “natural tension” between regulators concerned about safety and lawmakers trying to encourage innovation in their state necessitated a new bill.

Those who are workings on self-driving vehicles believe their first real-world applications will be on campuses, business parks and other controlled environments with less traffic and fewer distractions than busy urban streets.

Google and others have complained that California state regulations on self-driving vehicles are more restrictive, and that a patchwork of state regulations is unwieldy. Google has begun testing in Texas, where laws do not address autonomous vehicles without drivers, brakes or steering wheels.

The federal government on autonomous vehicles released a set of voluntary guidelines last week, hoping to create a framework for states as they design rules governing robot vehicles.