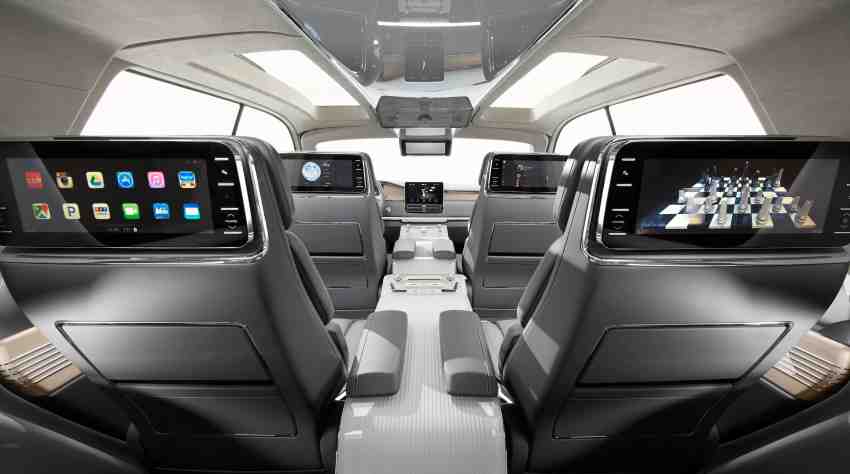 New products and technologies presented by automakers and technology vendors in CES 2017 and Detroit Auto Show 2017 are par above than expectations. Most are the masterpieces made from combined Engineering of Mechanical-Electronics-IT and using the highly precise manufacturing process that makes vehicle advance, secure and easy to use with taking care of climate. Also, manufacturers introduced vehicles with efficient diesel/petrol engines and additional new facilities. Some of these below in an effort to identify the top advanced automobile technologies in the upcoming years.

Autonomous Vehicle: Nearly all the big giants have introduced or announced autonomous vehicles recently. Lots of investment has already done by the industry in autonomous segments for the future prospective. Tesla, Google (Waymo), Uber, Baidu, Toyota, Volvo, Faraday Future, Nissan, Honda, General Motors, Ford, BMW, Mercedes-Benz, Volkswagen, and many more have introduced their autonomous products with their technology partner/vendor. These autonomous vehicles are mainly electric or hybrid that makes use of different sensors, cameras, navigation systems, and more. Some are purely self-drive, and some are semi-autonomous like autopilot in planes. Fully autonomous vehicles having additional features like parking and driving in any situation.

Electric Vehicles (EV) with Wireless Charging: Mercedes is bringing Qualcomm wireless charging technology to market with the S550e. Other automakers will soon follow the same suit. As wireless charging doesn’t need any physical contact or cables to get charged. This is an efficient and easy way of charging the vehicle at any stopping point like, in parking lots or at a street signal when the vehicle stops for some time. This reduces as battery size of EV’s due to frequent charging spot available on the way, tends to reduction in overall weight of the vehicle.

Voice-Activated Assistant: At the International CES, Ford Motor announced that its cars owners would soon be able to use Amazon’s Alexa voice-activated assistant in their vehicles. Drivers will be able to ask for a weather report, stream music from Amazon Music or add appointments to their calendars without the need for any physical movement rather than voice. Alexa will also facilitate driver to start or unlock their cars remotely from home.

Biometric Vehicle Access: The successive switch from keys to keyless entry and start will be followed by a switch to unlock and start the car with nothing more than a fingerprint of the owner or maybe eyeball. But fingerprint readers are more appropriate than retina scanners. It sounds a lot like the latest form of smartphone security.

Comprehensive Vehicle Tracking: This tracking system uses a combination of various technologies to keep real-time data on the position of a car or vehicle. Some governments and insurance companies are already talking about fees based on how many miles a person drive. In the near future, companies will track the full behavior of drivers while driving and give a rating which will be useful at the time of insurance claim and issuing the license. BRT buses already use this system and now it may fully build in personal vehicles too.

Active Window Displays: Head-Up Display (HUD) technology is same as the system used in fighter aircraft. The Pilot being able to view all the information with the head positioned ‘up’ and looking straight forward, instead of down looking at instruments present on the lower-side. The same technology will be available for cars that project information like navigation maps, speedometer, fuel indicator directly on the windshield of the vehicle, so the driver will concentrate more on their driving.
Remote Vehicle Shutdown: This technology already available with OnStar leverages it regularly. In recent incidents, the telematics company has shut down hundreds of stolen cars ending with little drama and police chases quickly (though most drivers still don’t have an idea about it can be done, even drivers with OnStar also). In the upcoming years, remote vehicle shutdown will be implemented by all the vehicle manufacturers.

Personalized In-Car Ads: Facebook, Twitter, and Gmail ads are mainly based on the person’s behavior using Big Data. In the near future, the average car will be fully connected to the internet, meaning vehicle will provide marketers with a useful set of metrics to customize their message. Marketers will personalize location-based ads in the car’s display.

Self-Cleaning Coating: Traditional paints don’t have the ability to repel dirt and other contaminants, which turn in the dirt and dullness that practically observed on every coated surface. Shortly, new cars might come equipped with a new type of coating that has designed to keep road debris, gunk, oil, and even water from sticking to and drying on the painted surface. This new paint, called self-cleaning paint, is hydrophobic (means it repels water) and oleophobic (means it repels oil). These specially painted cars not only looks better on a day-to-day basis, but they’ll also be protected longer from long-term wear and tear that occurs when the cars outermost paint layers eventually degrade from environmental damage.

Mobility Vision: Hyundai designers propose that vehicles of the future might not be anything like the cars of today. Instead of that, the vehicle/car interiors would become an extension of the home or office and physically dock with adjacent living and working spaces. The idea to share the space for entertaining, energy or productivity transfer activities.

Hydrogen Running Vehicles: Today, the hydrogen is considered as a clean fuel as it does not pollute the environment. But the main trouble is how to liquify and store the hydrogen as it is highly explosive compared to petrol and diesel. A number of manufacturers are tested and introduced their vehicle running on hydrogen. When the ‘safe fuel storage’ is implemented, then many vehicles can be seen running on hydrogen.

Future Holds: Wires and Super-Capacitors to be Produced Inside Plants