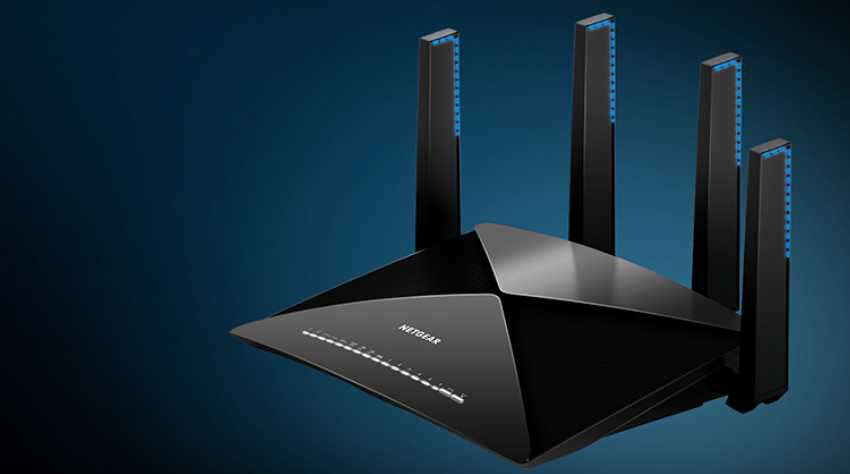 Nighthawk X10, what is called as “world’s fastest router” by Netgear, has launched recently. The Nighthawk X10 AD7200 Wi-Fi Router is a sequel to the Nighthawk brand that the company had earlier launched in 2013.

The router is equipped with a 1.7 GHz Quad Core processor and Quad-Stream Wave 2 WiFi architecture. It is supplied with a next generation high speed 802.11ad WiFi, an under development, super speed, Personal Area Network (PAN) with speed over 7.2 Gbps for instant download, backup and minimum inactivity in gaming.

It has 6 Gb Ethernet LAN ports with dual ports that can be operated through in line aggregation mode for faster file transfers, up to 2Gbps wired speeds.

Nighthawk X10 uses a Plex Media Server with transcoding for smooth 4K streaming, even to remote devices. It is also the first home based router to run Plex Media Server without the use of a computer. Plex organises movies, music, videos and photos making easier to find while it can also be used as locally connected storage. Thus you can stream virtually in any devices: phones, tablets, gaming consoles, smart TVs anywhere on the go.

The MU-MIMO technology is capable of simultaneously streaming data to multiple devices which also doubles the WiFi speed to mobile devices. Its four patent pending external active antennas amplify the WiFi signals to give maximum range and throughput.

“Today’s video files are getting larger with 4k and VR video. Offloading from capture devices and moving these large files within a network often becomes a time-consuming and challenging task. The Nighthawk X10 is powerful enough to move these files at unprecedented speed and provides easy access once the file is stored on the network.” said David Henry, senior vice president for home networking at Netgear, in a statement.

With Automatic cloud backup with Amazon Drive the router packs an impressive technology into it. But with a price tag of $499 it seems a bit costly.

The new NETGEAR UP App will help your router up and running while configuring it to your convenience of any Android or iOS mobile device.