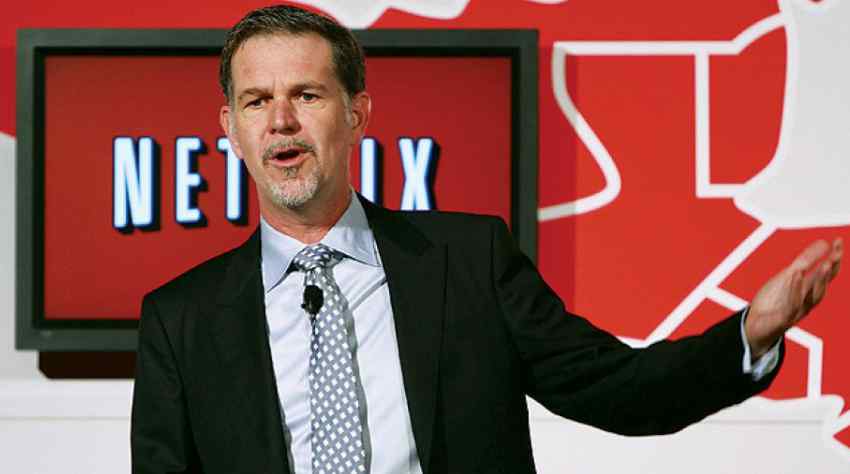 Streaming pioneer Netflix, said that it had significantly expanded its global footprint to 190 countries, making its Internet TV service available in 130 new markets including India- but not China.

California-based Netflix, which began as a mail-order DVD service but is now producing award-winning original content alongside offering of older shows and movies, was launched in 2007. Now, 70 million subscribers pay a monthly fee for unlimited service.

“Today you are witnessing the birth of a new global Internet TV network,” cofounder and chief executive Reed Hastings said at the Consumer Electronics Show in Las Vegas.

“With this launch, consumers around the world from Singapore to St Petersburg, from San Francisco to Sao Paulo- will be able to enjoy TV shows and movies simultaneously no more waiting.

“While you have been listening to me talk, the Netflix service has gone live in nearly every country in the world except China, where we hope to be in the future.”

Netflix noted in a statement that it “continues to explore options for providing the service” in China, the world’s most populous country, where the government censors online content it deems to be politically sensitive.

Netflix is keen to get the streaming service to China’s population, but needs special permission from the government there and expects the process is “going to take time,” Mr Hastings said the statement during a press briefing at CES.

Other countries or markets without the service are Crimea, North Korea and Syria due to US government restrictions on American companies, Netflix said.

While English is the main language for most of the new markets, Netflix said it has added support for Arabic and Korean, along with simplified and traditional Chinese to the 17 languages it now uses.

“From today onwards, we will listen and we will learn, gradually adding more languages, more content and more ways for people to engage with Netflix,” said Mr Hastings.

Following its US launch, Netflix first expanded to Canada, and then to Latin America, Europe, Australia, New Zealand and Japan. Until yesterday, it was available in 60 countries.

The company has been shifting from recycling old shows and movies to producing more original content, with its shows such as the award-winning “House of Cards” and “Orange Is the New Black.”

However, availability of original content could differ from country to country due to local licensing deals.

“We want citizens around the world to have access to the same content,” Mr Hastings said, noting it may take several years to get to a point where Netflix content is consistent worldwide.

It remained to be seen whether Netflix would have to serve up edited versions of some shows or films to suit cultural sensitivities in some countries.

“The thrust of what we are trying to do is have the artistic vision be consistent around the world,” Mr Hastings said.

With Netflix now available nearly everywhere in the world, the company’s focus for the coming decade will be on providing stellar content.

Mr Hastings playfully compared the big launch with having a baby, saying. “It’s a big deal, but the real work is the next 20 years.”

In 2016, the company plans to release 31 new and returning original series, two dozen original feature films and documentaries, as well as its own stand-up comedy specials and 30 original children’s programs.

“Our teams are not going to be focused on doing launches, which are wildly disruptive,” said Netflix head of content acquisition Ted Sarandos.

“Now we can be fully focused on finding the best content for the world.”

The global reach also means that Netflix should be tapping into more local talent for original productions from various parts of the world. Mr Hastings and Mr Sarandos were confident that people around the world are hungry for on-demand films and shows.

“We are just throwing out the old paradigm; everything is gone,” said actor Will Arnett, who will star in an upcoming Netflix comedy series titled “Flaked.”

“Everything you do is available everywhere around the world at the same time, it is amazing.”

Netflix is ahead of key rivals in streaming such as Amazon and Hulu, which have also begun to produce original content.

The rapid expansion is likely to impact the bottom line at Netflix. In its most recent quarterly update, the company said that it expects “to run around break-even through 2016 and to deliver material profits thereafter.” AFP

Some Engaging Trends to Illuminate Future of Logistics