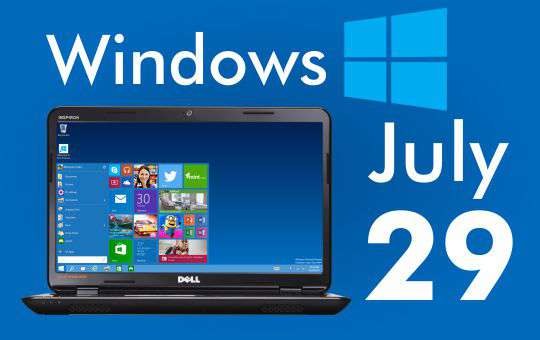 Windows 10, the new operating system from Microsoft Corporation, will be available worldwide on July 29, as a free upgrade for users of the most recent versions of Windows. Microsoft confirmed the roll-out today.
The world’s largest software company had earlier said Windows 10 would be released this “summer”.

India will be one of the 13 countries to host the mega launch of the much-awaited Windows 10, the latest version of the popular operating system, by global giant Microsoft on July 29. Microsoft is hosting events across 13 global cities, including New Delhi, to launch the latest edition of its operating system. “We will celebrate the unprecedented role our biggest fans — more than 5 million Windows Insiders — played in the development of Windows 10 at special events in 13 cities around the world, including Sydney, Tokyo, Singapore, Beijing, New Delhi, Dubai, Nairobi, Berlin, Johannesburg, Madrid, London, Sao Paolo, and New York City,” Microsoft said in a blogpost. These celebrations will offer hands-on opportunities, experiential demos, entertainment and opportunities to meet the Windows team, it added.