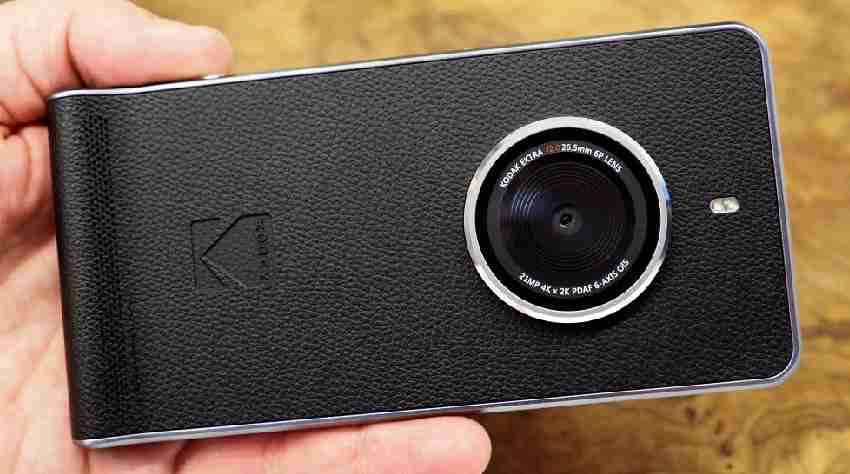 Driving up competition for smartphone suitable for camera, Kodak has launched the photo focused smartphone named after Kodak- Ektra on October 2016. It’s huge camera lens at the back which makes the design unique.

The Kodak Ektra smartphone is manufactured by a UK-based company called Bullitt Group. The firm has licensed Kodak’s intellectual property and brand to make this smartphone.

The phone is built with a 21MP rear camera with dual LED flash and an additional 13MP front facing camera.

The Kodak Ektra is powered by a 3000mAh. No removable battery and it come with 3GB of RAM and 32 GB of internal storage that can be expanded via MS cards.

The Kodak supports only a SIM card. The Connectivity options include Wi-Fi, GPS, and Bluetooth. Sensors on the phone which include Proximity sensor, Ambient light sensor, Accelerometer.

Kodak did not give any details concerning the phone’s launch in other markets around the world.