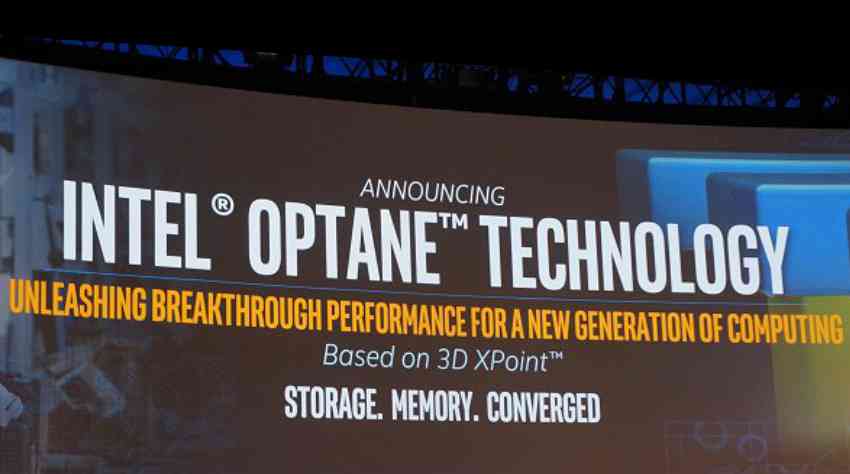 “Every gamer is going to want to have 3D Xpoint. Every single gamer.”

Intel’s CEO Brian Krzanich said these words when updating investors on the company’s Optane technology, which the chipmaker believes could ultimately swap SSDs and DRAM in PCs and servers.

Intel is now shipping the first-generation Optane but is also working on next-generation technologies as looks to raise density in this new class of storage and memory.

Intel informed that Optane is significantly denser and faster than SSDs and DRAM. It is based on a technology called 3D Xpoint, co-developed with Micron.

The chipmaker looks at Optane as the Moore’s Law of storage. With future generations, Intel wish to make the memory smaller, denser and cheaper, and that’s driving the development of Optane.

That’s good news for users. Initial Optane SSDs may be costlier, but prices will go down as the manufacturing cost-per-bit is driven down. Storage will be faster as Optane will bring data closer to the CPU.

Intel has talked about some uses for Optane. Games will run faster with chapters pre-loaded in Optane SSDs. Optane could also be used for analytics and machine learning, which need to move data in and out of storage faster. Intel’s ultimate goal with Optane is to adhere memory and storage, but that goal could still be a long time out.

Micron is also delivering its own brand of 3D Xpoint products under the QuantX brand. Last week Micron tells that it is also working on its future 3D Xpoint technologies.

Intel’s low-capacity Optane will be available for laptops in the second quarter. The company has already started shipping the first Optane DIMMs for testing.

The company has also qualified and shipped the first test Optane SSDs to data centers, Rob Crooke, senior vice president and general manager of the Non-Volatile Memory Solutions Group at Intel, said during a speech last week at the company’s investor day meeting.

Enterprise SSDs are typically high in capacity. Memory and storage for enterprises based on 3D Xpoint will disrupt DRAM and SSDs in servers, stated Diane Bryant, executive vice president and GM of the Data Center Group at Intel.

Intel’s projections for Optane in this year are modest. Crooke characterized it more as an “investment year,” with money being invested into factories and research. The total of this year’s revenue will be less than 5 percent of Intel’s storage revenue.

Intel doesn’t count storage and memory as major revenue, totaling just US$816 million in the fourth quarter of 2016. Total Intel revenue for the quarter was $16.4 billion, with a mass coming from PC and server chip sales.

Newly Developed Terahertz Chips are Wave of The Future