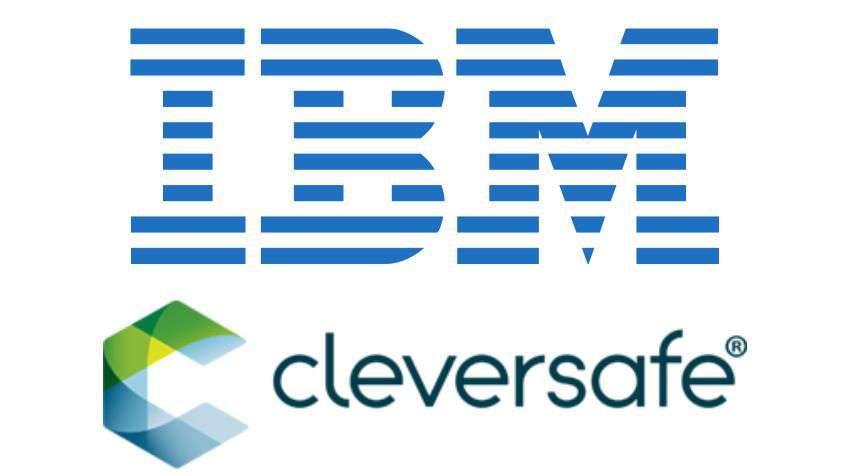 IBM continues its hunting to heighten its cloud capabilities, with its buy of Cleversafe , an object-storage specialist
IBM just signed a deal to buy Cleversafe , a specialist in the hybrid storage arena, meaning it mixes speedy flash drives and slower but less pricey disk drives to store data as appropriate.

This move will bring 210 Cleversafe employees into the IBM fold.

Cleversafe focuses on object storage technology in which a document or an image is stored as a complete unit in and of itself, along with associated meta data. It contrasts with file storage, in which a given file is split into myriad pieces, each with its own address, when it is stored. Cleversafe claims customers, including Shutterfly and Sky which use it to stockpile video, audio, and images efficiently.

IBM, in a statement, cited IDC estimates that 80% of new cloud applications will be “big data intensive,” meaning that they will require tons (or megabytes or petabytes) of storage space and that the object storage market will hit the $28 billion mark by 2018.

Once the deal is finalized, ostensibly later this year, IBM will integrate Cleversafe into its overall cloud business.

This deal is the latest in a string of cloudy acquisitions for Big Blue, which is moving fast to build up its cloud portfolio to better compete against rivals, including Amazon Web Services and more directly with Microsoft and others preaching the hybrid cloud religion. Other IBM acquisitions in cloud includeSoftLayer, Cloudant, and Blue Box.