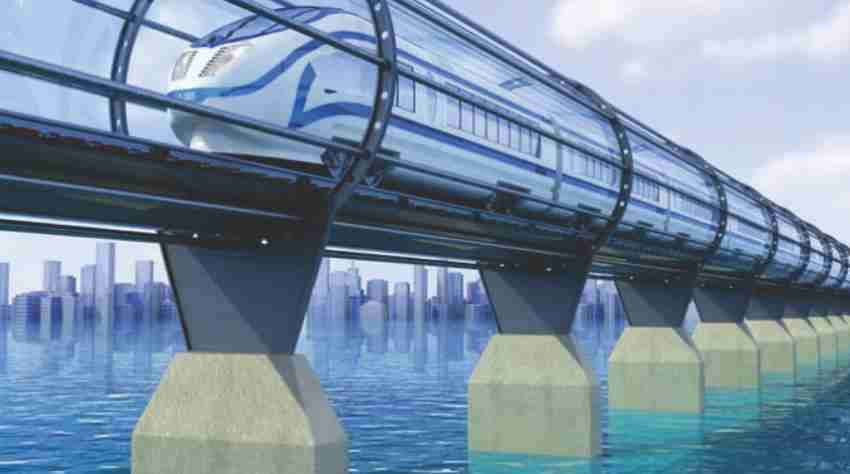 For years, we have driven our vehicles through the time-consuming traffic. We have always been late for  interviews, family functions, business meetings & even for the vacation trips. We have always complained about it, but who would listen right? With days passing, vehicles are increasing and so is the traffic. We were not able to do anything because we didn’t have an alternative. But what if there is an alternative? What if the time required to reach our destination becomes extremely shorter than our expectation? What if you have a new mode of transportation? Yes, you read right. We are on the edge of a revolution in the transportation – ‘HYPERLOOP.’

In 2012, Tesla’s CEO Elon Musk was stuck in the traffic and that’s when the idea of better & faster transportation struck his mind. It was the daily event in Santa Monica when he first mentioned about the new idea of transportation he was thinking about. One year later, in 2013, he introduced a concept of giant vacuum tube transportation to the world. He released a preliminary design document that proposed route from LA to San Francisco with an estimated time of 35 minutes only. A puck effortlessly racing across an air hockey table is the basic concept behind Hyperloop. So in short Hyperloop is a series of vacuum tubes that enable travelers to get from A to B in minutes and not in hours. But Musk didn’t have the time to develop the concept beyond his original idea, so in the same year, he open-sourced the project for intelligent minds to work upon.

How Does it Work?

The basic idea of the Hyperloop is to build partially evacuated tubes inside which pressurized capsules would ride. The capsules would be driven by linear induction motors, pulling themselves along with a fan and getting an extra propulsion from electromagnets in the tube’s walls. The tube is six feet wide which is maintained in a low-pressure environment, not a true vacuum, though. In order to avoid the passenger pod from touching the tube, it’ll float somewhat above it, either on a cushion of vacuum or by using magnetic levitation. Hyperloop is a sort of maglev train with a difference of less air resistance or no air resistance in an ideal scenario which makes Hyperloop faster. The speed can go high up to 750 MPH. California’s USD 70 billion high-speed railway project looks like tortoiselike in front of Hyperloop which has a high speed of 200 MPH only.

Hyperloop as an Open Sourced Idea

Hyperloop was open sourced by Musk in 2013 by giving an opportunity to the world’s clever minds to complete his unfinished idea of the fifth mode of transportation, Hyperloop. SpaceX officially stated that neither SpaceX nor Musk would be affiliated with Hyperloop and the motto was to accelerate the development of the Hyperloop prototype by organizing the Hyperloop pod competition. The competition is being held 2015-2017 with the student, and no student teams are participating in designing and building the prototype of the Hyperloop. There were around 1000 applicants at the beginning, out of which 30 were shortlisted to build the hardware to compete on a Hyperloop test track. The track was designed in 2015 & is still  under construction

When Musk first open-sourced the idea of Hyperloop, two LA-based players emerged; Hyperloop Technology (HT) and Hyperloop Transportation Technology (HTT). There is nothing similar between them except their name. Hyperloop Technologies is building its first test facility in the City of North Las Vegas, Nevada and is expected to begin the testing inside a two-mile tube by the end 2016. It is funded by an optimistic venture capitalists, on the contrary, Hyperloop Transportation Technology is funded by donations. Engineers and scientists have agreed to donate their expertise and time, to refine the Hyperloop technology. As they believe, they are giving time not in the hope of money, but in the hope of making the difference.

Major Hurdles in the Way

Hyperloop does have some hurdles in the way of turning into the reality. The biggest hurdle Hyperloop has isn’t the tech behind Hyperloop, but it’s the land rights and every other bureaucratic obstacle that goes along with building big infrastructure projects. Another hurdle is the cost that would be required for an entire project. Musk has estimated the cost for LA to San Francisco route around USD 6 billion, but many expertise has since suggested it could come to at least ten times that much. There isn’t ‘exit’ designed for the passengers in case of emergency. Everyone working on Hyperloop needs to consider these things to make Hyperloop a reality in the coming years.

If Hyperloop becomes reality, then it will make the history. But like Giegel said, Hyperloop does not exist, still it exists.