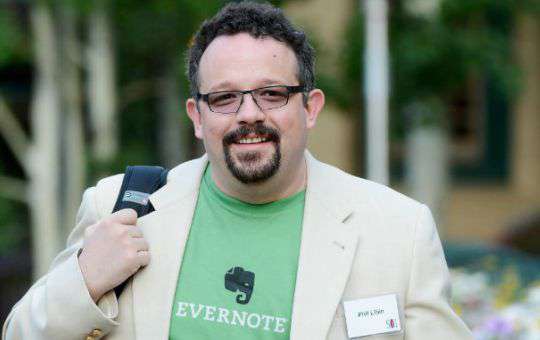 On Tuesday US-based software Services Company Evernote’s co-founder and chairman Phil Libin has announced that Google X research unit head ‘Chris O’Neill’ will be their new chief executive. Before this Phil Libion, chairman of the Evernote was himself the CEO of the company.

In his blog post Libin said that he wanted to step down from the post CEO as he was not passionate about the job any more. He says, “Today, Evernote has 150 million users worldwide. Each of these individuals are raising their hand, looking for a different way to get work done. The need is massive. Evernote’s potential is enormous. We have proven the potential. Now we have to fulfill it,”

Further he said in his blog post, “We have been looking for the perfect CEO to build such a company, to assemble & motivate a team of (eventually) thousands of hyper-talented people, to lead at scale. We have found a person with such qualities and he is Chris.”

Chris O’Neill is going to join Evernote following almost 10 years in leadership roles at Google. Earlier, worked in Canada for Google, where he was responsible for all aspects of the company’s operations.