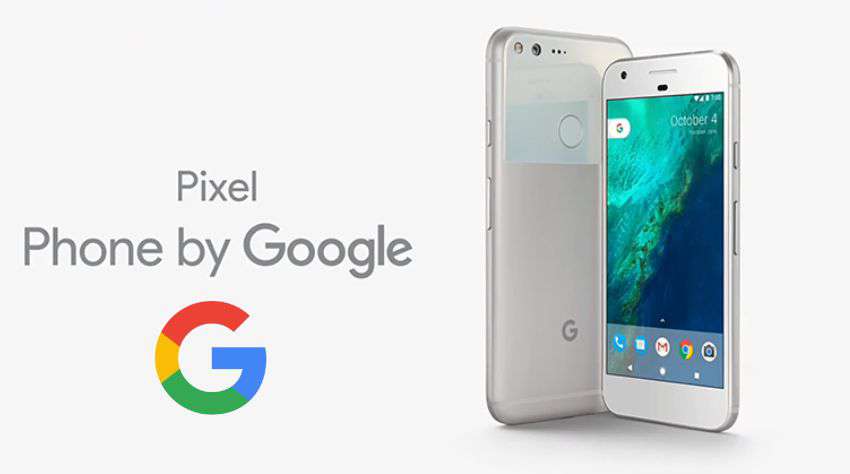 The first phone made by Google, Google Pixel is to bring together the best software and best hardware for an awesome user experience has been finally unveiled and it has everything users hoped for.

Google has just confirmed Pixel smartphone that is available in 5 and 5.5-inch versions named Pixel and Pixel XL. Main headline features include the recently released Google Assistant, which allows a natural dialogue between a user, and Google to provide the information user need, a 12.3MP camera which has won the highest rating ever from DXOMark Mobile, supported by unlimited cloud storage your original resolution (even 4K) video and photos, the new Google Duo video-calling app and support for VR built-in.

Both Pixel and Pixel XL feature high-resolution AMOLED displays, the Qualcomm Snapdragon 821 quad-core processor, 32 or 128GB of internal storage along with 4GB of LPDDR4 RAM, the Pixel Imprint fingerprint sensor and a 2,770 mAh (for Pixel) or 3450 mAh (for Pixel XL) battery.

A 12.3 MP rear camera has an f/2.0 aperture and large 1.55um pixels. There’s also USB-C, Bluetooth 4.2, and in two digs at Apple, a 3.5mm headphone jack and a quick switch adaptor that makes it easier to switch from iOS to Android.

The Google Pixel has also built 24/7 live customer support, available through chat or over the phone. This includes a screen share option that allows the tech support to see the problems you are experiencing.

Google Assistant was first announced back at Google I/O as a feature of the Google Allo messaging service. Now Google wants to make the Assistant device-wide, putting it on your phone and in your home.

Both Google phones feature a combination of polished glass and metal with an aluminium uni-body design. Google  has designed them to look stylish, with the rear glass, adding a character to the phone.

Google Pixel has also become the first phone to be Daydream VR-ready, which means it has all the required specifications for the best mobile VR experience.

Both the phones have priced same as Apple’s new iPhones as Pixel at USD 649 and Pixel XL at USD 769.

The pre-orders are expected to start from 20 October. But it’s fair to say that Google has promised something better than what is out there in the market.

0
insights success October 5, 2016
No Comments Yet