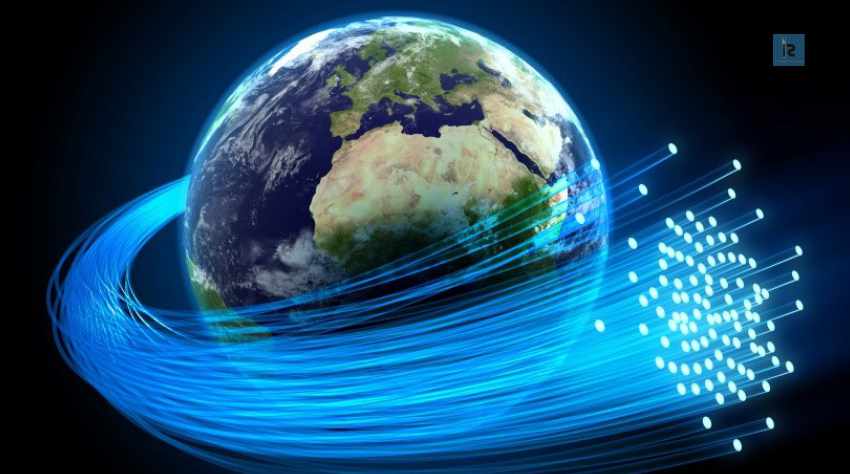 Remember the old days when listening to the sound of a dial-up internet for 15 minutes to connect was a sweet torture, or feeling of finally getting something to load was rejoicing. Those good bygone days of dawdling internet are a part of memory books now. Imagining such situation in recent times would fetch nothing but volumes of frustration. In this era of lightning speed where world has contracted on tips of human fingers, fast is not enough nor acceptable when you are dealing with hundreds of applications and tons of data.

Internet has come a long way since its introduction in the form of ‘network of networks’ back in 90’s for research purpose to business and commerce, driving the world economy. Many attempts from voice only network, Universal Mobile Telecommunications System to the recent one Long Term Evolution (LTE), were performed mainly working on the parameters such as speed and amount of data it can handle. Electric cables, co-axial cables have done a good job for broadband and Digital Subscriber Line (DSL). However they possess limitations in the form data leakages, lower speed and lower bandwidth.

Driven by rising demand of modern industrial and residential purposes, technocrats have come up with a solution which is not only meeting modern day’s requirements but also proving to be future inspiring. Fiber internet or optical fiber communication as they mention it has a very high speed of up to the order of 1000 Mbps or 1 Gbps. Comparatively, its conventional counterpart Asymmetric Digital Subscriber Line (ADSL) broadband which typically has speeds in the range of 30 Mbps hardly ever. Thus, fiber internet can truly deliver expectations of contemporary digital world. Therefore, here presenting insights of fiber internet you need to know before experiencing this digital revolution.

What is fiber optic internet actually?

In the optical fiber communication system, data is transferred in the form of light through fibers made of glass unlike conventional data communication systems where electric signals are the medium of data transfer. A scientific concept named Total Internal Reflection (TIR) is employed in which data in the form of light emitted by a source falls on core of the wire and total internal reflection paired with its covering or cladding help to propagate information through the glass fibers. Naturally, very fewer losses are involved in light transmission as energy is delivered in packet configuration. Also transfer speed is astonishingly higher due to the fastest carrier in the form of light.

Is it really worth the hype?

A project where Google has poured $28 billion may or may not underline its importance to you. But facts and comparison with existing data transmission systems will surely support the claim of why fiber internet is the fastest and the most reliable.

Speed is one of the distinguished aspects of fiber optic internet as it decisively surpasses existing communication channels with its unmatched superiority. From a layman’s point of view, a video with a size of 30 MB merely takes 0.2 seconds which would have taken a long 13 seconds on a conventional broadband connection. Imagine your important work data being transferred in the blink of an eye enhancing your proficiency.

Data leakage during transmission is one of the major concerns as it proportionately affects reliability of the network. Nowadays, data security has become the prime shift since breaching transmitted information can adversely disturb the dynamics of any institution, be it finance or defence.

Equipped with various amazing features, fiber internet must be the most favourite choice of customers. Indeed, it is. But that doesn’t make it invincible. There are certain hurdles in its path restricting it from widely accepted, covering greater parts of the world.

Cost is always the main obstacle when it comes to universal acceptance of any nascent idea. Undoubtedly, fiber optic internet is a revolutionary step in Internet Service Provider market. But its higher cost is forcing people to stay hooked to their conventional data transmission system. A normal broadband plan costs up to $20/month for a 20 Mbps connection which rises to $50/month for a lowest fiber connection with speed of the order 100 Mbps. Evidently, amount of data and speed it offers is 5 times more but from a non-techy person’s perspective, price overpowers the perks. Involvement of many telecom companies may help to bring down its cost benefiting consumers in the end.

One of the main reasons of fiber internet not penetrating remote parts of geography lies with its complex infrastructure. Laying fiber cables is a time consuming and a task to be done under technical expertise since bending radius can initiate data leakages. Business providers seeking opportunities can give solution to this problem which in turn will drop down the costs involved.

Lightning fast connectivity is modern transient world’s necessity. People will try to fulfil this need using current broadband options or in the form of wireless communication. But both the options have limitations over their upper scalability. Therefore fiber optic internet becoming mass connectivity mode is not a distant dream. Already people are seeking trade opportunities by facilitating trenching services which is the primary requirement of optic network infrastructure.

The communities which are good at adjusting their sails according to direction of the wind are the ones who thrive in this dynamic world. Google has already boarded the ship. Sooner or later, more will join to explore this new dimension of modern connectivity. So next time if you’re wondering what to do about your sluggish internet connection, don’t forget about the wonders fiber internet can do.