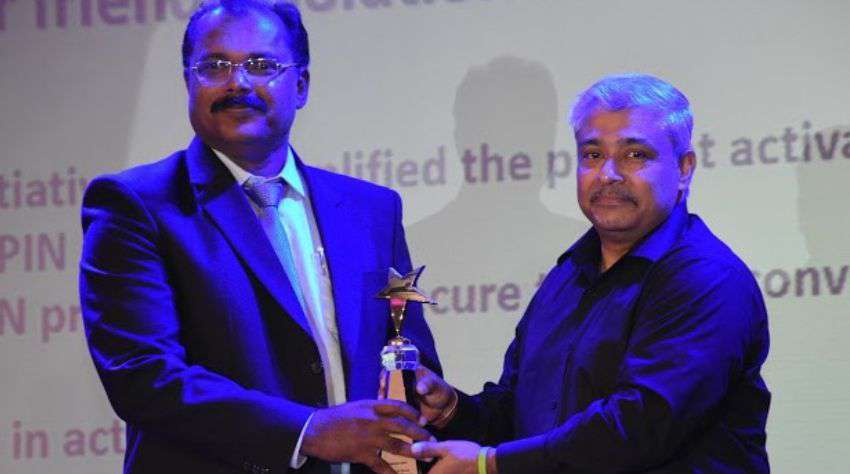 Mumbai, April 25, 2016: Federal Bank won the MasterCard Innovation Awards 2016 under the categories ‘Debit Cards Initiatives’ and ‘Acquiring Business Initiatives’. The Bank won the award in the ‘Debit cards Initiatives’ category for the launch of Soft PIN service, which enables the Bank’s customers to set PIN for their debit cards through any of the bank’s 1500+ ATMs thus enabling them to activate their cards even without visiting our branch. Federal Bank was also adjudged the winner in the ‘Acquiring Business Initiatives’ category for its Easy Payments Fee Payment portal, which facilitates any institution that subscribes to the service to accept online remittances apart from the normal branch remittance.

Federal Bank is a leading Private Sector Bank with a branch network of 1,252 branches and 1,548 ATMs spread across the country. The Bank’s total business mix (deposits + advances) stands at Rs 1.22 Lakh Crore as at March 31, 2015, and it has earned a net profit of Rs 1005.75 Crore. Bank’s Capital to Risk-weighted Ratio (CRAR) stood at 15.46% at the end of March 31, 2015. Federal Bank has its Representative Office in Abu Dhabi that seraves as a nerve center for NRI customers in the UAE. Federal Bank is transforming itself, keeping its principles intact, into an organization that offers services beyond par. It has a well-defined vision for the future as a guidepost to its progress.