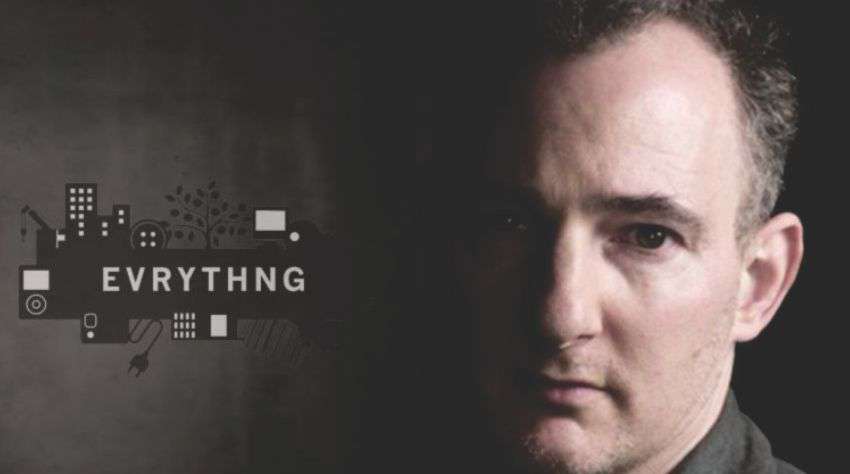 The global beer and spirits maker of Guinness, Johnnie Walker and Smirnoff, Diageo is experimenting with liquor bottles featuring a proprietary smart label from Thinfilm embedded with a sensor. These sensors can let Diageo whether a bottle has been unlocked. Just by pairing the bottle with a smartphone app, Diageo receives a flood of useful data about how often the customer is pouring a drink and on what days and times.

It’s a big amount of data to capture and crunch, tracking millions of bottles at a time, but a big opportunity. That is why the new Evrythng platform comes in. Instead of investing in servers, software and developers to organize and parse those billions of bits of data flooding in from their bottle sensors, Diageo sends all its info to Evrythng’s cloud-based service, which spits out a real-time dashboard that Diageo’s marketing team can act on.

“You do this, and you’re turning the nonelectronic into the electronic,” says Evrythng co-founder and CMO Andy Hobsbawm. This move to digitizing everyday products is well underway ,as per current research there are nearly 5 billion IoT devices in consumer and industry hands today, and that figure should jump to 25 billion by 2020.

Providing the backend engine to the IoT is New York- and London-based Evrythng’s existence. The company counts on the fact that IoT manufacturers want to allocate their time and energy to their products, not to building out a big data department to organize the information that’s collected from them. Evrythng manages a PaaS (platform as a service) model.

By outsourcing that data capture, a hardware producer can increase its learning curve. “What this enables is incredibly granular insight,” states Simon Coombes, CTO of lighting-tech startup Gooee, an Evrythng customer that plugs its sensors into banks of LED systems used in commercial, industrial and office environments. “Think of a luxury retail setting, where the quality of the light can drastically affect the look of the product on display. Because we can heat-map a retail setting, we can study merchandising and proactively shift the intensity of the lights to make the product look better. We can study behavior in real time, adjust accordingly and suddenly, we’re driving sales.”

“Think of us like a Salesforce.com for things,” Hobsbawm adds. “Instead of managing database records about individual customers, we manage dynamic data profiles for individual products.”

Things to know About IoT Prototyping this is post no 10