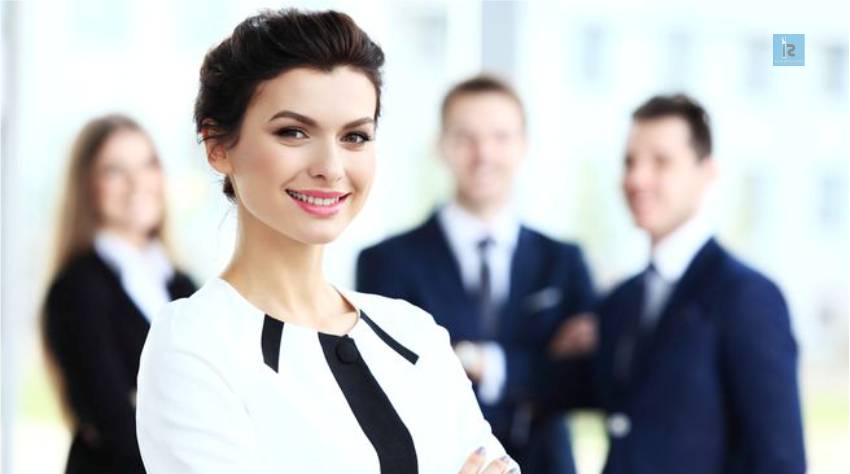 Gone are the days when women were stereotyped to a certain set of skills and professions, restricting them from exploring the world of endless opportunities. Today, women have announced their arrival in many fields of the business world. Therefore, it seems more important than ever before to recognize female contributions in every profession.

Fighting through biased work culture in favour of male dominance, women have conquered the unconquered on the account of their distinct calibre and predilections. In the times when the world female participation rate is to the dispiriting levels of around 67% and pay-off rate of about 63%, achievements by women go-getters are praiseworthy.

Listening capabilities is one of the distinguishing aspects of feminine species as compared to their male counterparts. Instilling and pursuing ones thoughts is undoubtedly important for effective working. But being a better listener is something that can make a difference as studies show that the customer values and trusts the firms if they perceive that they are being listened to by the firms. With inherent caring and affectionate traits, women outclass men when it comes to understanding critical demands of the customers.

Emotional Intelligence (EI) – the ability to identify and manage one’s own emotions as well as the emotions of others – is an essential skill when it comes to dealing with a diverse class of consumers. Women are naturally gifted with higher EI making them better suited for pressure situations and avoiding counter-productive decisions while keeping emotions in check.

Emotional Intelligence encompasses two major dimensions – awareness of one’s self and awareness of others. Both the attributes are very much significant for the survival and success of any organisation. Self-awareness involves being familiar with trigger points and behavioural traits when put to the test. This, in turn, helps to modulate impulses avoiding conclusions which are harmful for the welfare of business. In addition to self-awareness, an awareness of others is equally critical in business. Analysing and decoding non-verbal communication – that amounts to 93% of the message – eventually benefits in convincing and converting a lead into a client.

Collaboration, and not the cutthroat competition, is the modern era’s principle virtue to achieve success. Many endeavours which seem to be beyond the bounds of possibility can be attained by combining efforts from different resources, channels and departments. Further, collaborating products with consumer experience are enormously important. It leads to crafting the best solutions for customer’s pain points and compelling value propositions that reflect their overall business objectives.

Multiple studies have found that women prefer to work in teams, while men prefer to work alone. An unfaltering affinity towards collaboration primes women to garner success in different fields of business which gives them an edge over others.

Increased profitability can be a motivating factor for many firms to hire more pool of female talents as many studies support the fact. Statistical research shows that Fortune 500 companies with the highest representation of women on boards financially outperform companies with the lowest representation of women on boards. Moreover, gender-diverse teams have higher sales and profits compared to male-dominated teams, and a recent Gallup study found that gender-diverse business units have higher average revenue than less diverse business units.

Trust over female leaders is an attribute which needs to be reciprocated while making the choice. More American workers perceive female executives as honest and ethical than male executives. Pew’s “Women and Leadership” surveyed Americans in 2015 and found that 34% say women are better at this, while only 3% say men are better at it (64% say there’s no difference).

While it’s unclear whether this means women are actually more honest, it’s a subtle reminder of how tangled some business decisions can be. Leaders are often tasked with choosing between options that aren’t black and white, ethically speaking, and the capacity to lead honestly is important to the entire company’s success and job satisfaction.

Not to mention, increased job satisfaction and organizational dedication to cite positive and meaningful business culture are the added advantages feminine employees carry to the organisation.

However, the journey is not all merry go round every time. Hindrances – seen, unseen – are there to check the unrelenting zeal of women aspirants to thrive in the industry. These obstructions need to be pointed out and rectified to create an environment that fuels women empowerment.

Lack of confidence, according to many experts, is one prime reason women tend to question themselves and doubt their worthiness. In order to advance, they must coach their inner critics.

Out-speak and define what women want professionally if they want to get succeeded. Too often they don’t know or rely upon others to define it for them.

“Building relationships with those in positions of leadership is critical,” Susan Brady, executive vice president of Linkage Inc. says. “Put down the to-do list long enough to connect with decision makers across the organization, and help them understand who you are and what you bring to the table.”

While proving value, women tend to overcompensate in order to demonstrate that they are adding value. Instead of doing it all alone, change the paradigm and track to encourage others to take on more responsibility, thus enabling them to scale and multiply their own impact.

Not to forget, biased work culture and regional barriers are the crucial obstacles in the road of women work participation. But, today women are breaking these shackles and coming out boldly to be a part of economic processes shouldering their male counterparts.

There has been obvious progress in achieving gender equality around the world over the past two decades: more girls are attending school, more women are working and are being elected to public offices, more women hold management positions, and the situation involving women’s legal as well as social rights have also improved.

However, a great deal still remains to be done to achieve equal outcomes for women and men. Recognizing women’s abilities, the values they bring to the organisation, the transformation they achieve as far as work environment is concerned, and considering monetary benefits associated with the female work participation, corporate sector need to welcome their emergence with open arms. No future is far where male-dominated workplaces will be a tale of extinct, we believe.

Most Inspirational Women in Tech 2019 January-2019

Revolution in Healthcare Industry with Involvement of Trending Technology