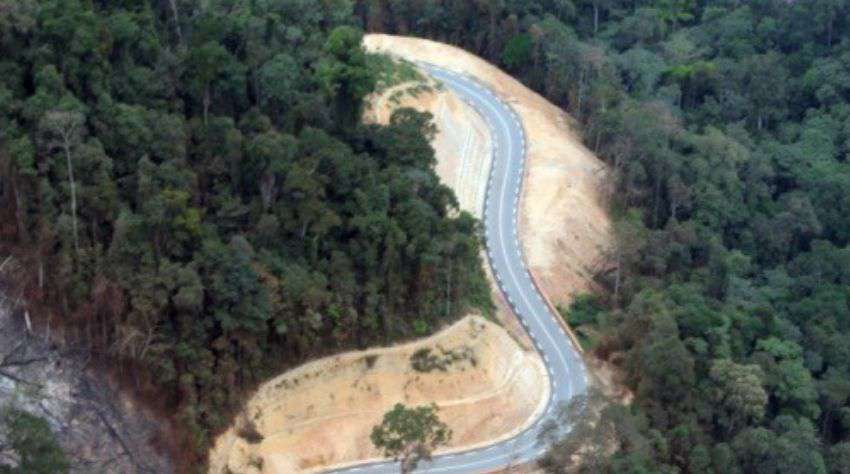 After 8 years of construction works, the Route Nationale 1 (National Road No. 1) linking Brazzaville to Pointe-Noire in Congo was inaugurated on Tuesday 1 March 2016, in the presence of the President of the Republic of Congo, Denis Sassou Nguesso, and several government ministers.

As delegate project manager, Egis supervised all of the studies and construction works of this major project.

535 km of newly paved, four-lane road now links Brazzaville, the capital city of the Republic of Congo, to Pointe-Noire, the second largest city and the economic capital of the country. Launched in 2007 by President Denis Sassou Nguesso, this 2 billion Euro construction works project was financed in part through a framework agreement on trade and economic cooperation between the Republic of Congo and the People’s Republic of China.

The development of this strategic road, committed by the Congolese government, is a large-scope action that promotes national integration, the dynamism of trade and the country’s economy. It is also part of a regional strategy to make the Congo the gateway to the hinterland countries, and its port of Pointe-Noire a leading transshipment platform.

The Congolese government delegated contracting authority to the Minister at the Presidency of the Republic, the administrative and technical body responsible for the management of major public contracts, which is responsible for regional planning and general delegation of large construction works. Meanwhile, the construction of this new road was entrusted to the Chinese company China State Construction Engineering Corporation (CSCEC) and project management was delegated to the Egis teams.

The former RN1, a narrow path, partially destroyed or closed in by vegetation, severely handicapped the economic development of the country through a difficult connection between Brazzaville and Pointe-Noire. The new route, 95% complete in 2×2 lanes and completely new, allows many cities in the southern provinces of the country to be opened up.

This marathon building site, which took place in several stages over a total period of more than eight years, is exceptional not only for the scope of work and the mobilisation of material and human resources involved, but also for the technical challenges that were faced. The Egis teams were able to handle the complex management of surface and groundwater, the large mass earthworks, and the problems posed by non-standard bridges, all of which had deep foundations.

One of the most dramatic challenges was crossing approximately 60 km of the Mayombe, a mountainous region with very rugged terrain that forms a natural barrier between the Kouilou and Niari departments. Due to the diversity and instability of the soil in the waterlogged mass, as well as to the very high rainfall spread over several months, various devices for protection and slope stabilisation (nailing, shotcrete, retaining wall) were implemented on a large scale in order to ensure the sustainability of the work.

Faced with such an ambitious project, Egis deployed all of its expertise to ensure success in its role as delegate project manager, while maintaining very tight deadlines for implementation.

With more than 202,000 plans examined and 1,250,000 geotechnical tests performed, Egis called on the best of its business, a monitoring team of over 170 people distributed across 535 km.

An environmental approach at the heart of the project

Egis decided to integrate into the project the protection and development of various noteworthy historical, geographical, geological, fauna and flora sites of interest.

The most innovative technical decision made by Egis was the widespread use (12 million seeds) of a perennial grass called “Vetiver” to protect and stabilise berms in the Bateke sands area.

This plant engineering solution, perfectly adapted to the environmental and socio-economic context of the country, can serve as an example for institutional or private developers in the Congo and can be regularly used to counter the erosion problems associated with the sandy soil in Africa.