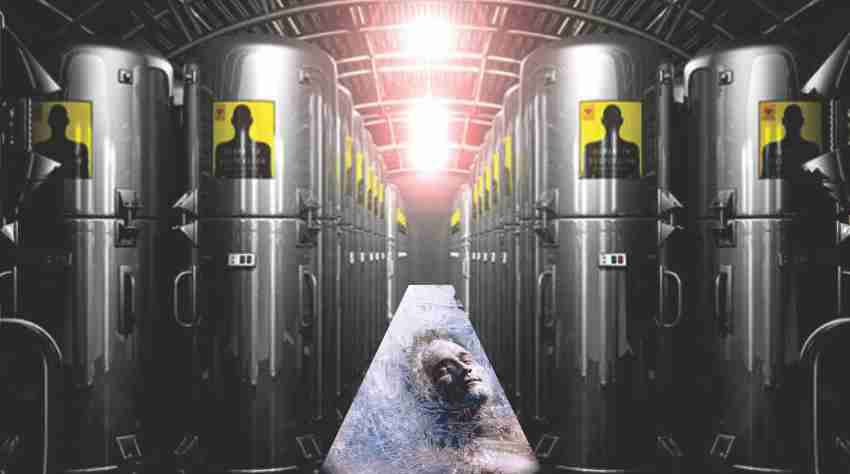 Do you want to live forever? No, it’s not a tricky question. Because there is a technology called Cryonics, that claims to offer a way to cheat the death.

The Cryonic movement was born in 1962, when a book has published The Prospects of Immortality. “2001: A Space Odyssey”  an epic science fiction movie, which has shown the concept of Cryonics in which characters were being frozen in ice. The word ‘Cryonics’ has been around for almost more than 4 decades.

Cryonics is the morbid process of freezing dead people who can’t accept the concept of death, in a hope that people from the future will be able to bring them back to life. Sounds awesome, right? Cryonics deals with the preservation of a human body?? By using an atmosphere of very low temperatures. Cryonics gave mankind a hope for immortality. It will preserve dead people to be cured later in the future.

Still then there is a question, is this idea possible?

Cryonics is putting someone in suspended animation, that will make the body so cold, so that they will not experience the passing of time. You can sign up for the Cryonics and to your surprise it’s affordable. Today, to fix ageing and certain other diseases, modern medicine doesn’t have the technology. However, the future might have the technology to cure all type of diseases. People might not be dying, instead, it will be just another disease in the future. That’s the basic idea of Cryonics when you don’t have any option for survival, then just sunk down at the bottom of the liquid nitrogen tank and wait for someone from the future to wake you up again. Modern techniques are able to store bodies or heads inside the liquid nitrogen tank for an infinite time.

How Will it Work?

Once the person is declared legally dead, then the process of Cryonics begins. The standby team transfers the patient to the ice bed from the hospital and covers them with an ice slurry. To get the blood moving through the body again, Alcor uses a ‘heart-lung resuscitator.’ Then, to protect the cells from deteriorating after death, they administer 16 different medications. Once the patient is medicated and iced up, they move them to a place for a surgery. The following step includes draining of as much body fluid and blood as possible from the body and replacing with a solution that will not form crystals. The solution is the same kind of antifreeze which is used during transplants in organ preservation. The remaining blood from the major blood vessels will be flushed out in the next step to ensure no ice crystal formation. Once the antifreeze is all over the body, they start to cool down the body steadily by one degree Celsius every hour. The body will take 2 weeks to cool down to -1960C. The body then finds the final home for the future.

People Who Are Afraid Of Death

Last year, a young college student, Kim Suozzi begged for a help while she was diagnosed with terminal brain cancer. She couldn’t afford to be cryopreserved after her death, so she made a post on Reddit. The post attracted many people and an amount of anger too. Eventually, she got succeeded in raising money via hundreds of donors. She died in January this year and was later cryopreserved with the help of the Alcor. It costs USD 80,000 to 200,000 to preserve the brain and body, respectively, by Alcor, plus USD 770 a year membership fee. There are a thousand of people signed up to be or already preserved. Almost 300 people have been cryopreserved, as of today.

Obstacles in the Way of Impossibility

It has a lot risks for a slim reward. The cryonics comes with no guarantee. The cryonics process may slow the metabolism of the cells, but it may not slow cell aging. The real issue with the cryonics is that the success of the whole process depends on the technique to wake you up. The freezing process is available, but not the reviving one. Critics feel that cryonics is a scam sold to people that do not want to deal with the destiny. The process of Cryonics is a way much expensive and for a middle-class person, it is not affordable.

Maybe in the future, the process of cryonics will be completed which will have the way to bring the dead back to the life. But the science of cryonics is not complete as of today. There is no saying about what the future is holding for us. But it is fair to say that if cryonics becomes successful in the future, then mankind will be immortal.

Tech Data to buy IT business of Avnet for USD 2.6 billion