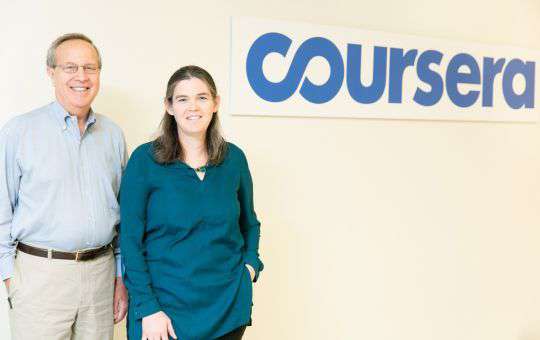 Times Internet, the largest Indian Internet Network, is the digital venture of Times of India Group has been increasing alliances with an extensive range of digital-era innovators based in the United States, such as Uber & media companies like Huffington Post, Business Insider, Ad Age & Gawker.

Coursera has already progressed in India. More than 1 million Indians have registered for Coursera’s online classes to date, After India and The United States, China has tied for second place in Coursera’s learner rankings. The Asian country is one of the world’s leading hot spots for online education, With India’s widespread use of English and its rapidly growing tech sector. Still Coursera’s CEO, Rick Levin, added he is looking for ways to deepen Coursera’s presence in India even further.
Coursera’s added feature gives grate localization by providing Hindi and other local-language versions of U.S. and European classes, or by signing up Indian instructors to create new online instruction. Employers are more excited about Coursera certificates by Coursera’s drawing board that attest to students’ successful completion of specific courses. Coursera allows learners world-wide to take its courses without cost, but it charges them anywhere from $30 to more than $100 to earn completion certificates by taking digitally proctored exams.

Coursera , established in 2012, isn’t yet profitable, Levin admitted. But he said the certificate model is financially sturdy enough that it should pave the way for Coursera to “become cash-flow positive in the foreseeable future.” Pressed for a specific time frame “way less than 10 years.” he said.

Levin said that Coursera hasn’t yet achieved “unicorn” status, in an indirect reference to elite young tech companies that have earned private-market valuations of $1 billion or more. He refused to answer any other questions about valuation. If Coursera’s latest financing round represents a 10% ownership stake in the company, though, which would be roughly typical of companies at Coursera’s stage of development, the online-learning pioneer might have a valuation of roughly $500 million.
Newest financing round is being headed by New Enterprise Associates, which was one of Coursera’s original investors three years ago, also joining in are earlier investors Kleiner Perkins Caufield & Byers and International Finance Corp.