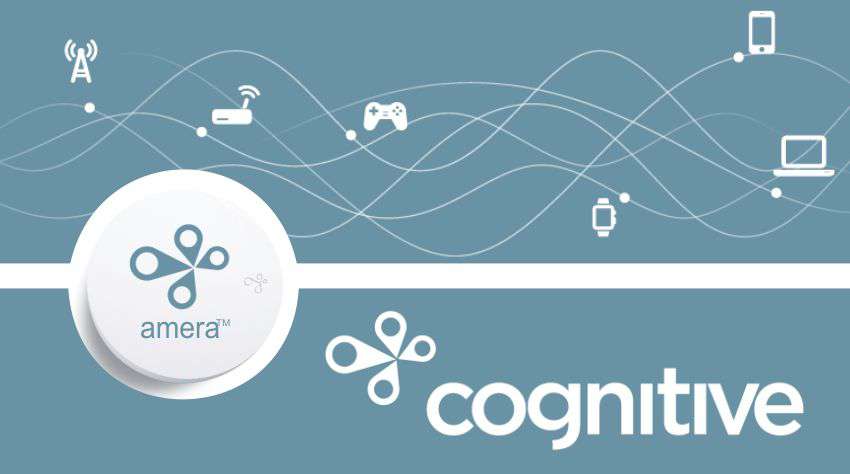 A security startup is taking the quality of new being approached for the Cognitive System’s flagship platform, works by detecting motion using wireless signals and secure wireless devices.

Cognitive System Corp’s said, “Flagship platform works by detecting motion using wireless signals, which then identifies wireless devices connected to a user’s network. Any application built on the platform can notify users when a device, authorized or unauthorized, connects to their network or when an untrusted network is broadcasting nearby.”

The platform, which is the first product release from the company, is based on Cognitive’s amera sensor and its underlying R10 chip.

Amera is a wireless security device which designed to detect Motion, the presence of wireless signals from cell towers, Wi-Fi base stations and rogue terminals, and then alerts users of potential threats to their cybersecurity to protect homes and offices from unauthorized devices.

Taj Manku, Cognitive’s co-founder, said in the press release that “This technology will help businesses, organizations and consumers protect their data and devices from hackers who would take advantage of weak wireless security or set up dummy networks to snoop and steal private information,”

“While the technology behind amera is complex, it communicates information to users in an understandable form through a sleek sensor unit and applications that can be accessed via their smartphones or computers.” By detecting small changes in the wireless signals receives, amera equally senses motion in physical spaces and even through walls and in the dark.

The potential applications for the amera platform are beyond the security. For instance, it could be used in emergency location services, like finding a skier in an avalanche or a lost child at a theme park. The platform can also be used to provide a picture of crowd movement and traffic flow, allowing optimized use of retail areas, airports, sports stadiums and other high density environments. A wider deployment of amera devices could also map wireless signals on a global scale in real time, maximizing spectrum efficiency.

According to Hugh Hind, Cognitive’s CEO , “The vision that drove amera and the R10 chip was to build a platform that empowers people by giving them more information about their wireless environment, now we want to enable people with innovative visions to explore other beneficial uses of the platform. The opportunities are only as limited as our imaginations.”

“The R10 chip functions like the human eye, only it can see invisible wireless signals that people cannot, and the chip is much faster, can respond to and report on signals in one-millionth of a second.”

Oleksiy Kravets, co-founder of Cognitive, elaborated, “Technically speaking, the R10 chip is engineered with three layers of design. The first layer contains a matrix of radios for sensing wireless signals, the second layer contains a grid of digital signal processing modules, and the third is the software used to configure silicon sub-systems and process the data.”

The Cognitive’s vertically integrated system also includes a cloud computing network that will deliver the data that amera gathers to the user.

Further as stated by The company,
“Cognitive’s platform can be used to protect a wide number of wireless-enabled spaces for unauthorized device use, such as homes and offices or places like cafes, restaurants, shops and airports where a range of users access networks.”

“Cognitive also envisions a range of new applications that can be built using the platform, including emergency-location services in places like ski resorts or theme parks where lost people sometimes need to be located.”

“It also could be used to develop applications that observe or analyze crowd movement or traffic flow, having potential to help facilitate better management of high-density areas like commercial shopping areas, airports and sports stadiums, according to Cognitive.”

Dong Energy, a Danish firm to build the largest wind farm yet

0
insights success February 8, 2016
No Comments Yet