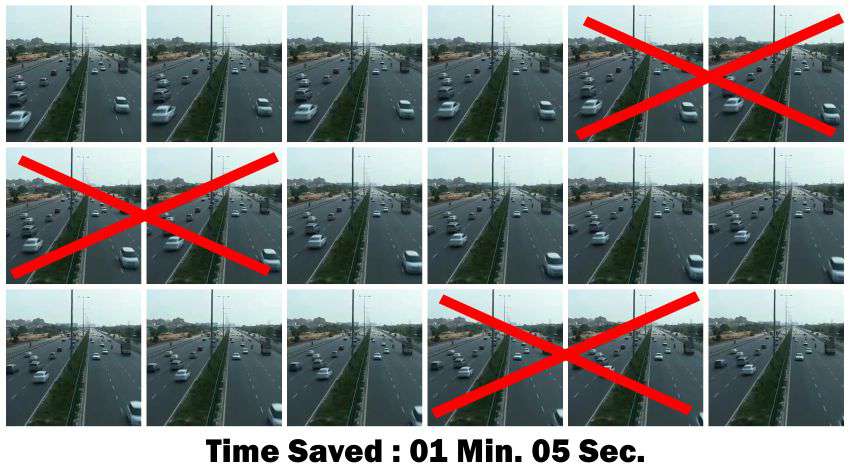 Thanks to smartphones today, that every person has a video camera in their pocket, which has made easy to shoot action, but it does not mean that you want to actually watch all of it. How about a software which takes a video automatically and extract the action out of it.

LiveLight, a self-executing software, have created by Carnegie Mellon University, which utilize machine learning algorithms to automatically cut the boring part of the video.

Isn’t is amazing, a robot to do tedious work for you. Software can automatically cut out the boring parts of consumer’s videos. Most important applications of LiveLight can be with long surveillance videos which are recorded continuously and the most hectic part is to get the information from such long videos.

Bin Zhao, a PhD student at Carnegie Mellon University together with his advisor, Prof. Eric P. Xing created LiveLight: an algorithm that can sift through hours of stultifying tape and show you only the parts it thinks will interest you.

Bin Zhao said, “what we are trying to achieve is to sandwich this video into, for example, a one-minute trailer video so the user can actually spend much less time to watch our trailer video, but at the same time not miss any exciting or interesting parts from the original video.” To make it work, the software has to be taught to recognize novelty that means creating what Zhao calls a “dictionary” of visual elements based on the first 20 to 30 seconds of video. Anything appearing later in the tape that doesn’t match that baseline inventory gets flagged as potentially interesting.

Their project has won support from Google, the National Science Foundation, the Office of Naval Research and the Air Force Office of Scientific Research, among others.

Zhao told in News that, the idea emerged when Xing was trying to find shareable parts of videos of his son. Instead of sitting through tedious minutes or hours of footage, the computer algorithm “can pinpoint what is interesting in the video.” It skips over the parts with little action and produces a trailer of the video’s best moments.

For example, if you shoot a 2 to 5 minute video on your smartphone, LiveLight can boil it down to 20 to 30 seconds of the major highlights.

The program does it in one pass through the video, and the trailer is created in “quasi-real-time.” “It never looks back,” Zhao said.

The technology could also be a big time-saver for professional and home video editors. It produces a ranked list of sequences that the editor could consider for the final cut.

“We see this as potentially the ultimate unmanned tool for unlocking video data,” Xing said in news release.