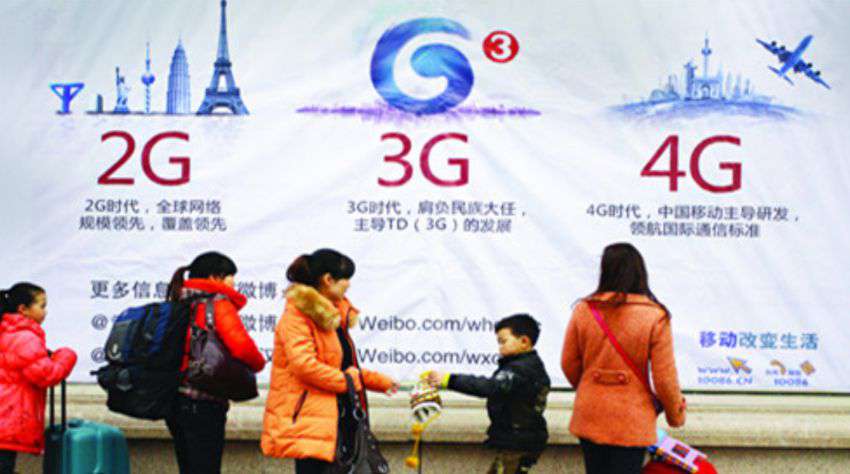 The ministry of industry and information technology informed that china aims to cover all its urban and rural areas with 4G network by 2018.

According to the sources the country also plans to install fibre optics in more than 80% of its villages.

With regard to the upgrading of network infrastructure, the ministry set the target of “basically completing a broadband-based, integrated, ubiquitous and secure next-generation national information infrastructure”, Xinhua news agency informed.

To accomplish this, China will channel more energy into the promotion of 4G, and boost research and development of 5G, the action plan informed.

The action plan will integrate mobile Internet, cloud computing, big data and the Internet of Things with modern manufacturing to encourage the healthy development of e-commerce, industrial networks, and Internet banking, and to help Internet companies increase their international presence.

Early in 1992, 2G was introduced in China, which is the second-generation of cellular telephone technology and the first to use digital encryption of conversations. 2G networks were the first to offer data services and SMS text messaging, but their data transfer rates are lower than those of their successors.

3G networks do well over 2G, offering faster data transfer rates and are the first to enable video calls. This makes them especially suitable for use in modern smartphones, which require constant high-speed internet connection for many of their applications.

Finally, 4G is the fourth generation of mobile phone communications standards. It is a successor of the 3G and provides ultra-broadband internet access for mobile devices. The high data transfer rates make 4G networks suitable for use not only in USB wireless modems for laptops but also in home internet access.

BigBasket expect to use electric cars for delivery in NCR