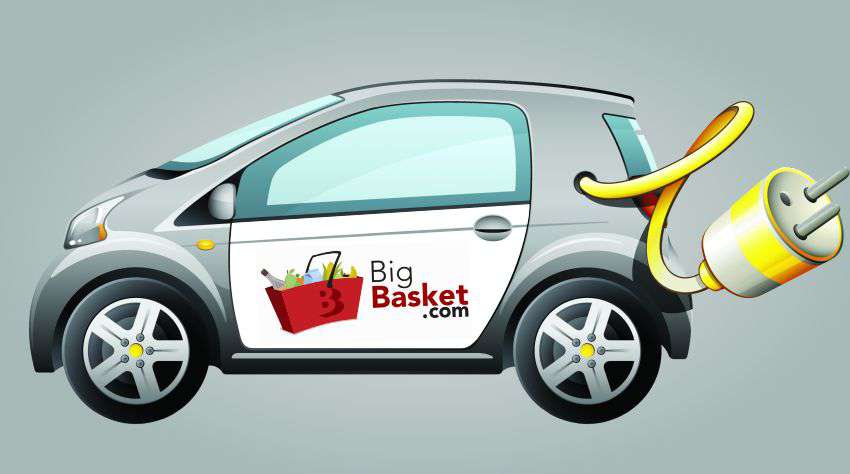 BigBasket, Online grocery retailer plans to use electric cars to deliver its products in Delhi and surrounding areas, and is in talks with Mahindra Reva Electric Vehicles to obtain pollution free vehicles.

The Bengaluru-based startup BigBasket has already established a prototype of Reva but an official deal is still to be signed, company officials said. Confirming the development, BigBasket co-founder & CEO Hari Menon stated, “We will first start with Delhi and then move to other cities as well.”

Reva electric cars are environment-friendly, and will also help BigBasket pull down its cost of delivery significantly, Menon informed. “It would reduce running cost by 30-40% after moving to electric car delivery system,” he adds.

BigBasket is planned to start electric car delivery in NCR in three to six months, starting with a fleet of 100 electric cars.

Earlier, in a bid to curb alarmingly rising air pollution levels in the National Capital, the Delhi government had decided that it would allow private vehicles with odd and even numbers to work only on odd and even dates, respectively, on the capital’s roads for 15 days starting January 1.

Menon stated it plans to use robotic load picking for its warehouse, thus saving cost and time for loading and unloading.

BigBasket is the first comprehensive online grocery store in Bangalore, Mumbai, Delhi, Mysore, Chennai, Hyderabad, Pune, Madurai, Coimbatore, Vijayawada, Ahmedabad & Nashik. With over 14,000 products and 1000 brands in their grocery lets you to find everything you are looking for. From fresh fruits and vegetables, rice and daals, spices and seasonings to packaged bread, bakery and dairy products and other branded foods.

‘Security of Gas is safe in Europe’, says Dauger

China to have 4G coverage nation wide by 2018