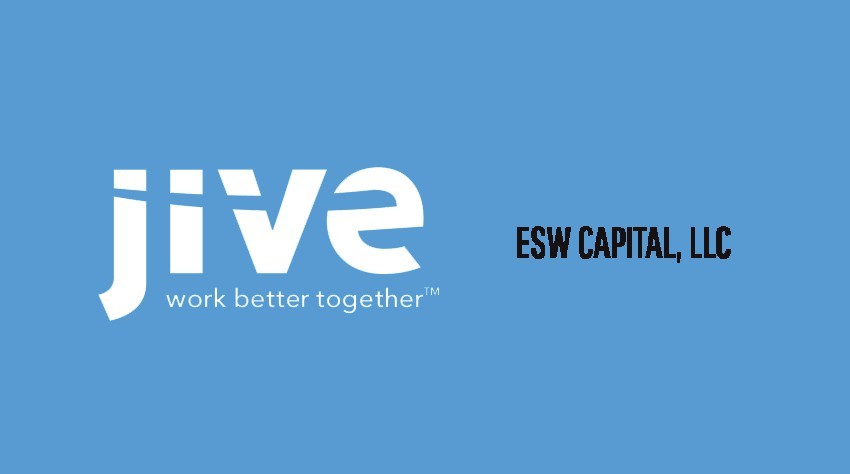 To someone who is updated about the IT, software, and business computing industry, it was quite known that Jive Software was soon going to be acquired, but the surprising fact is that the software company got recently acquired by a company whose name is never been heard by anyone in the world of collaboration and the social software.

What is Jive Software?

As quoted in the website of Jive Software, “Jive is the leading provider of communication and collaboration solutions for business. Inside companies, Jive Interactive Intranets dramatically improve employee engagement, alignment, and productivity by providing one place to connect, communicate and collaborate. Externally, Jive Customer Communities activate and enhance every stage of the customer journey, from marketing engagement to support and brand advocacy. Millions of users and many of the world’s most successful companies rely on Jive day in and day out to get work done, delight their customers and stay ahead of their competitors.”

People’s expectations and their outcomes

People all around the globe were expecting that Jive Software was to be acquired by a tech vendor giant like CISCO or IBM but the software company has agreed to be acquired by ESW Capital for $462 million through its web affiliate Wave System. It is assumed that the transaction was approved by the shareholders and it is clearly understood that Jive will be a part of the Aurea family of companies. As the study suggests, Aurea offers a customer experience software suite which is based on a series of smaller acquisitions.

You must know this if you have your share in Jive Software.

This deal of Jive software getting acquired by ESW Capital seems pretty healthy for Jive shareholders. ESW agreed to pay $5.25 a share to purchase the company and it clearly indicates that there has been an increase of 20 percent over the average of Jive’s closing stock price for the last few months which ended on 28th April 2017. The deal finally closed recently at $5.05 a share. There is no need to say that the board of Jive Software jumped at the offer and voted unanimously to approve the deal.

The deal is definitely not the best deal for them who paid $28 per share for Jive in its more optimistic time, but as the study suggests this is the best deal Jive’s shareholders can expect if one has considered the recent state of the software company.

How does Aurea get benefitted by this deal?

The deal clearly seems that the deal will help Aurea to integrate Aurea’s customer experience management platform. Reports inform us that the acquisition will be giving them access to Jive’s customer base, which includes some of the very well-known names such as T-Mobile, Schneider Electric, McAfee, and EMC.

What does Aurea have to say about the acquisition deal?

The CEO of Aurea, Scott Brighton said in a statement, “Jive, in combination with Aurea, enables us to bring customer experience and employee and customer engagement together.” He sees the community component as strengthening factor for the overall platform.

The company focuses to get the customer base of the Jive and as quoted from the website, “We acquire companies with loyal clients and promising products, then invest deeply to make them faster, more reliable and easier to use than ever before.” And the reports suggested that the name “Aurea” is strange to the media and analysts, the company claims to have a customer base of over 1,500 worldwide and some of the well-known names among them are British Airways, Bank of America, United Healthcare and MetLife.

Introducing a Camera that can capture light