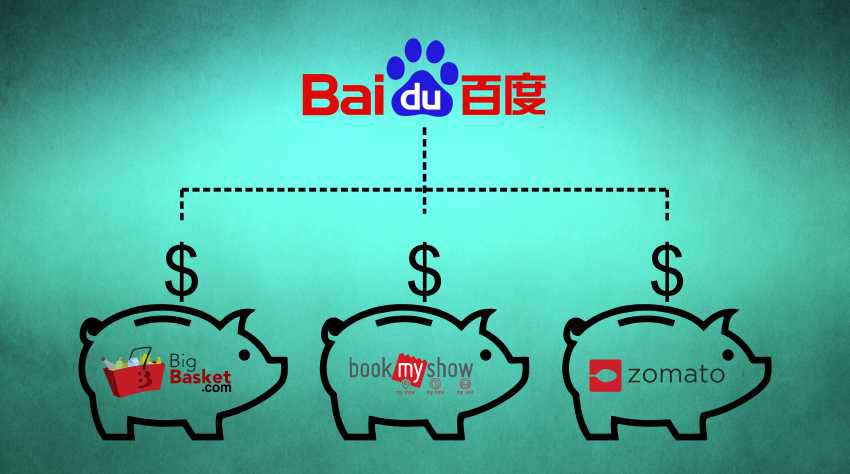 India’s technology start-up market is booming as more and more people shop online in a country where about 20% of a population of 1.3 billion are connected to the Internet.

Tim Yang, head of Baidu Inc. in India said, “We are looking at opportunities across a number of sectors here and these could be to buy, merge or invest. Discussions with companies are still open which include Zomato, Bookmyshow and Big Basket.”

Deepinder Goyal, co-founder and chief executive at Zomato said, “We are not actively fundraising right now, but have been in touch with Baidu to explore synergies and alignment,”

India is now the world’s third-largest smartphone market. Baidu future plans to expand its app store, MoboMarket which is an alternative to Google’s Play Store app, in Hindi and vernacular languages like Bengali, Tamil, Marathi, Telugu and Urdu as it looks to tap the growing number of smartphone users in smaller cities and towns. The MoboMarket store is positioned as an alternative to Google’s Android Play Store which currently commands nearly 90% share of the Indian mobile phone market. Baidu feels that local-language initiatives will make it easier to crack the market.

While the India office identifies the potential startups in which Baidu can invest, the final decision will come from its headquarters in China. Possible investment amount or time frame is still not clear but in terms of investments there are no limitations.